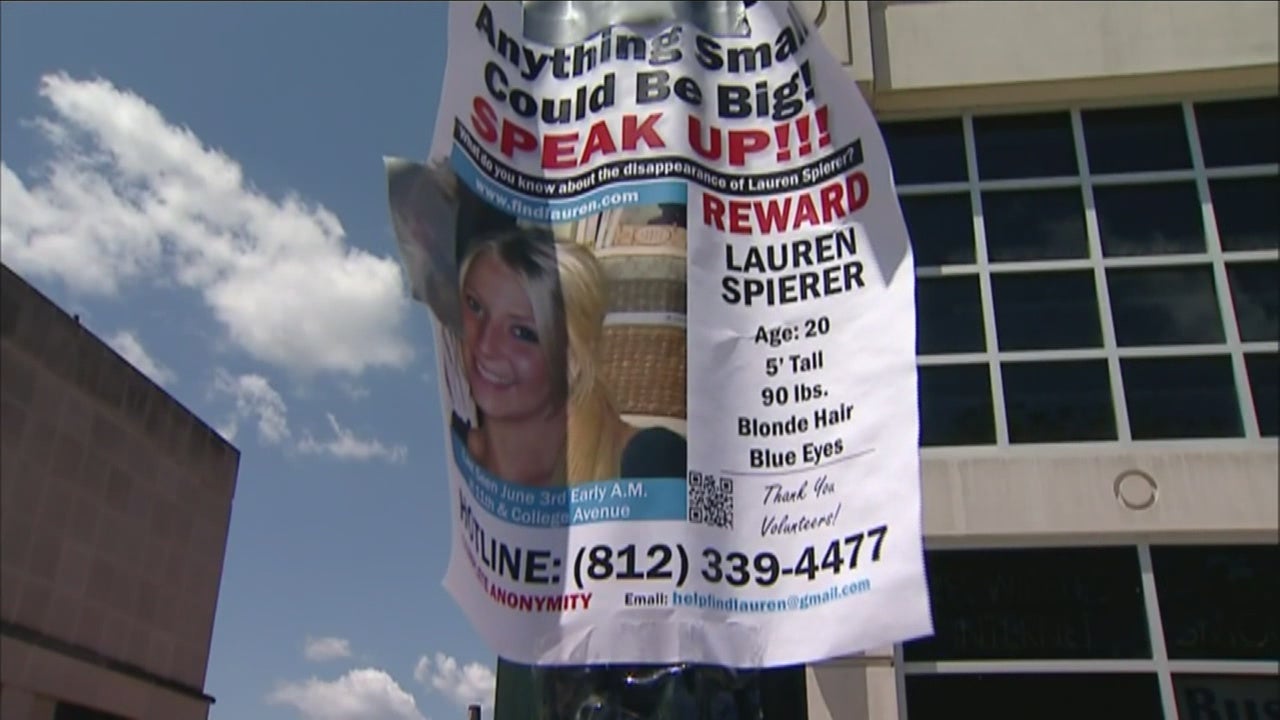 BLOOMINGTON, Ind. (WISH) – The Bloomington Police Department has been working the Lauren Spierer case since day one. On Friday they had little to say about the latest developments in the case. But people in the community are talking to 24-Hour News 8.

“Everyone’s got their own idea of what they think may have happened or suspicions,” Bloomington Resident Daniel Stockberger said. Stockberger was a student at Indiana University when Spierer disappeared.

Now more than four years later, there is a possible break in the case.

“You’ve got to hope that they will come up with something. I’m sure if they did a raid they had some pretty good leads and hopefully in continues until we know what went down,” Stockberger said.

But as of Friday, Bloomington Police have not released a lot of information on the case.

“We did in fact assist the FBI in Morgan County as part of an ongoing investigation in the Lauren Spierer case,” Lt. John Kovach said.

The press conference came after an extensive search of a piece of property in Martinsville on Thursday. The house is owned by family members of convicted sex offender Justin Wagers.Wagers is already being held in the Johnson County jail for allegedly exposing himself to a woman last summer. Bloomington Police would not say anything about him either.

“At this point no there is nothing new to release,” Kovach said.

But on IU’s campus, many students are talking.

“My brother was actually here when it happened,” one student said.

The case and latest developments are serving as a lesson for students.

“No one walks alone at night or goes home alone or anything, we try to stick together,” IU student Ali Feinberg said.

For Stockberger, life has moved on. He graduated, and works at a local running store . But the Lauren Spierer case remains the same.

Unsolved, hopefully he said, not for long.

“I certainly hope they’re able to find out what happened,” He said. “I’m sure it’s terrible for the family to have some at the very least closure.”