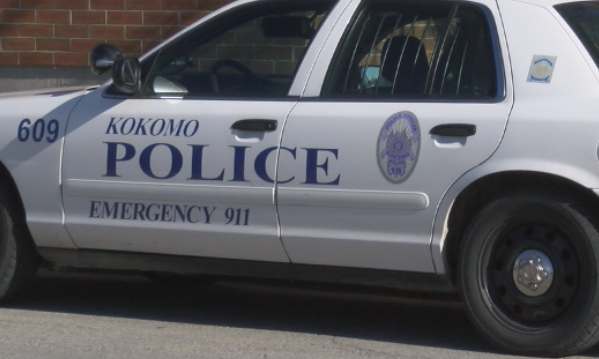 KOKOMO, Ind. (WISH) — A police officer investigating a road rage case realized the suspect was one of his fellow officers.

Court documents acquired by News 8 detail what led up to charges being filed against an off-duty Kokomo Police Department officer in a violent road rage case.

Roy Smith, 42, faces charges of battery and disorderly conduct in the case.

The case began on May 22, when a 60-year-old man from Swayzee called police to report that he had been beaten in a Grindstone Charley’s parking lot on Kokomo’s south side.

He told police that he was a passenger in a vehicle driven by his wife as they went to meet family for dinner. He said a driver, later identified as Smith, pulled out in front of them. His wife slammed on her brakes and slowed down. Smith then put on his turn signal and the victim’s wife honked her horn. Smith then got behind their vehicle and followed them.

The vehicles were later side-by-side at a stoplight. According to the victim and his wife, Smith was yelling at them at the stop light. When Smith spoke to police about the incident, he said the other man flipped him off with both hands.

According to court documents, Smith followed the couple to a parking lot at Grindstone Charley’s.

The victim and a witness, who was working at a nearby Taco Bell, both said Smith swung first. The witness stated that she saw the victim get out of his vehicle first and begin yelling at Smith.

A fistfight then ensued, as well as a struggle over a holstered gun on the hip of the victim. The victim said he felt that Smith was trying to take his gun from him so that he could use it against him. Smith told investigators he was trying to disarm the man.

Smith was in a personal vehicle at the time and did not have anything on him that identified him as a police officer. He also had his stepson was with him in his vehicle. At the time, the Kokomo Police Department didn’t have much information regarding a possible suspect.

That changed on June 13 when Smith was at a gun range with another officer. Smith was talking about injuring his wrist. Smith’s mention of trying to disarm a man with a gun on his hip made the officer realize that Smith was the suspect in the parking lot fight that he had been investigating.

Two days later, the Kokomo police chief became aware of the case. Smith was placed on administrative leave on June 17.

The investigation then went to Indiana State Police on June 20.

ISP detectives met with the victim and his wife on June 21 at the ISP post in Peru. In separate interviews, they both pointed at a photo of Smith in a gallery as the man they believed to be behind the assault.

Formal charges were filed on Sept. 8.

A special judge from Fulton County and a special prosecutor from Tippecanoe County have been assigned to the case.

Online court records do not list any future appearances for Smith.

News 8 has been unable to acquire a mugshot for Smith. Statewide online jail records do not list him as in custody at any facility.