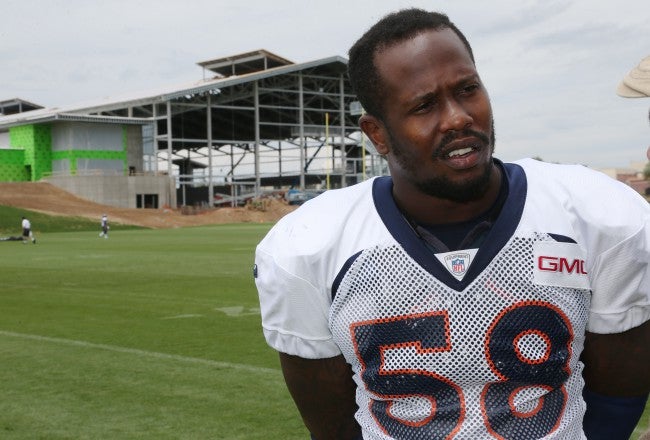 DENVER (WISH) – Von Miller, defensive star for the Denver Broncos, says players fine each other for flatulence, and he admits he’s the most frequent offender.

The Denver Post said Miller told them he gets fined a lot for passing gas during meetings.

He said this is because the team has a fine system devised by the players for that type of behavior.

“They can’t fine me if I get up and walk away. It’s NOT healthy. I keep trying to tell them it’s not healthy if I just sit there and hold it in. Nobody in the world does that. I just do it more than the average person,” Miller told the Denver Post.

He said he thinks he’s been fined the most.

Many leagues or teams fine professional athletes for their actions. They do this to try and break the bad habits of the athletes.

Do you think Von Miller should be fined for flatulence or should he be given a break? Go to our Facebook page, click on this story and then tell us what you think.