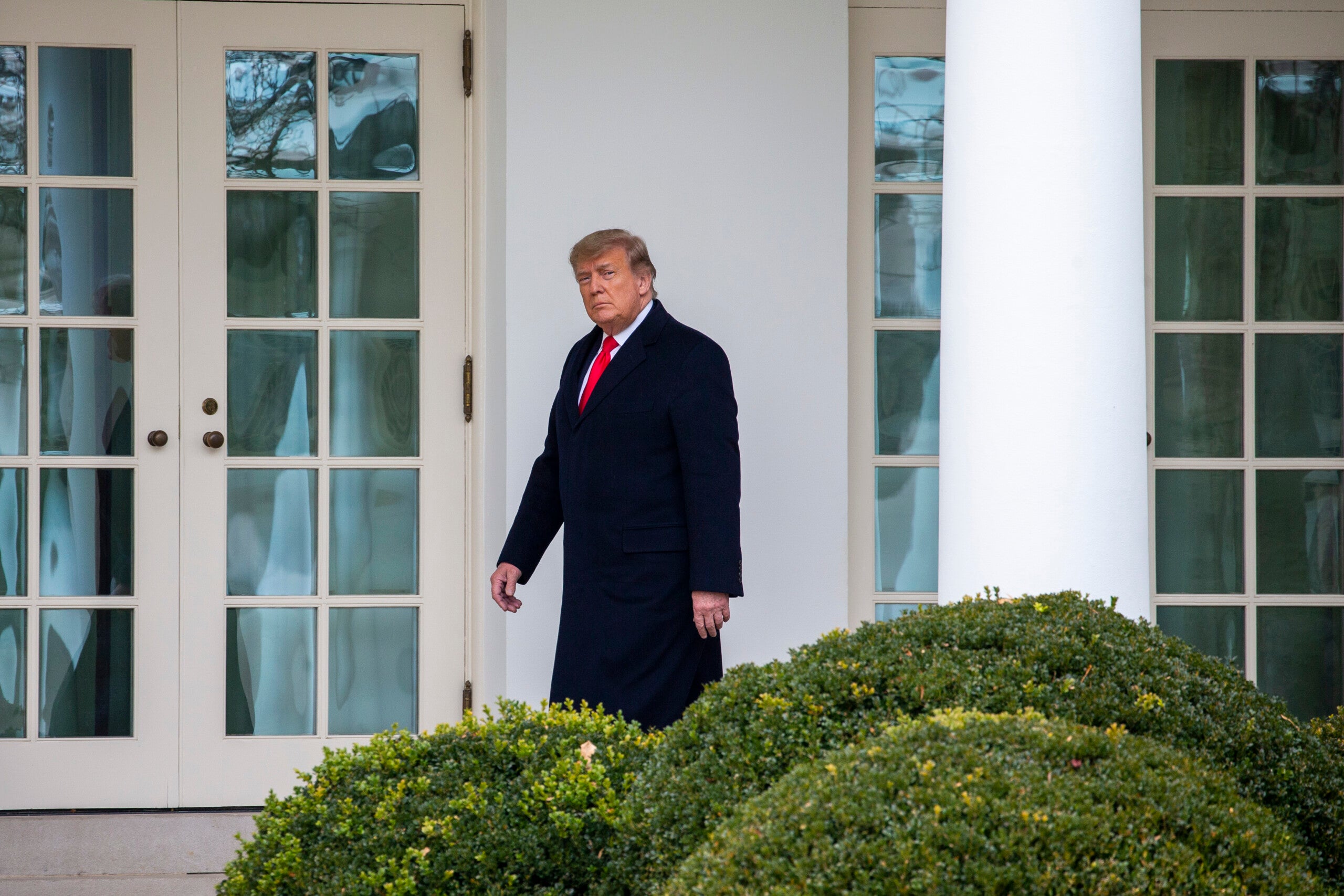 WASHINGTON, DC - DECEMBER 31: U.S. President Donald Trump walks to the Oval Office while arriving back at the White House on December 31, 2020 in Washington, DC. President Trump and the First Lady returned to Washington, DC early and will not be in attendance at the annual New Years Eve party at his Mar-a-Lago home in Palm Beach. (Photo by Tasos Katopodis/Getty Images)
by: Paul LeBlanc, CNN
Posted: Jan 3, 2021 / 08:24 PM EST / Updated: Jan 3, 2021 / 08:36 PM EST

(CNN) — All 10 living former U.S. defense secretaries declared that the U.S. presidential election is over in a forceful public letter published in The Washington Post on Sunday as President Donald Trump continues to deny his election loss to Joe Biden.

“Our elections have occurred. Recounts and audits have been conducted. Appropriate challenges have been addressed by the courts. Governors have certified the results. And the electoral college has voted. The time for questioning the results has passed; the time for the formal counting of the electoral college votes, as prescribed in the Constitution and statute, has arrived,” the group wrote.

Since Election Day, Trump has falsely claimed that a second term is being stolen, even as there have been no credible allegations of widespread voting issues as affirmed by dozens of judges, governors, and election officials, the Electoral College, the Justice Department, the Department of Homeland Security, and the U.S. Supreme Court.

Still, a wide swath of congressional Republicans are siding with the president and plan to object to Biden’s win during Electoral College counting on Wednesday — even though their efforts will only delay the inevitable affirmation of Biden’s win.

The former defense secretaries, who collectively represent decades of tenure in the position, wrote that presidential transitions “are a crucial part of the successful transfer of power.”

“They often occur at times of international uncertainty about U.S. national security policy and posture. They can be a moment when the nation is vulnerable to actions by adversaries seeking to take advantage of the situation.”

The letter follows Trump’s removal of Esper in November as part of a set of sweeping changes atop the Defense Department’s civilian leadership structure that included the installation of perceived loyalists to the President.

The shakeup put officials inside the Pentagon on edge and fueled a growing sense of alarm among military and civilian officials.

And while America’s top military officer, Chairman of the Joint Chiefs of Staff Gen. Mark Milley, told Congress in August that the military won’t help settle any election disputes, the group of former defense secretaries reiterated in their letter that such an effort “would take us into dangerous, unlawful and unconstitutional territory.”

“Civilian and military officials who direct or carry out such measures would be accountable, including potentially facing criminal penalties, for the grave consequences of their actions on our republic,” the letter states.

Cohen, a Republican who served as secretary of defense under President Bill Clinton, told CNN’s Ana Cabrera on “Newsroom” shortly after the letter was published that the “highly unusual” step was warranted given the “unconstitutional path” Trump has taken the country.

“It was really our attempt to call out to the American people. We believe all of them are patriotic. They’ve been led down a path by President Trump, which is an unconstitutional path. And so we felt it was incumbent on us as having served in the Defense Department to say: Please all of you in the Defense Department, you’ve taken an oath to serve this country, this Constitution, not any given individual,” he said.

The former defense secretaries ended their letter urging the Defense Department to “refrain from any political actions” that could undermine the election results or harm the transition to a new administration.

“We call upon them, in the strongest terms, to do as so many generations of Americans have done before them,” the letter states.

“This final action is in keeping with the highest traditions and professionalism of the U.S. armed forces, and the history of democratic transition in our great country.”