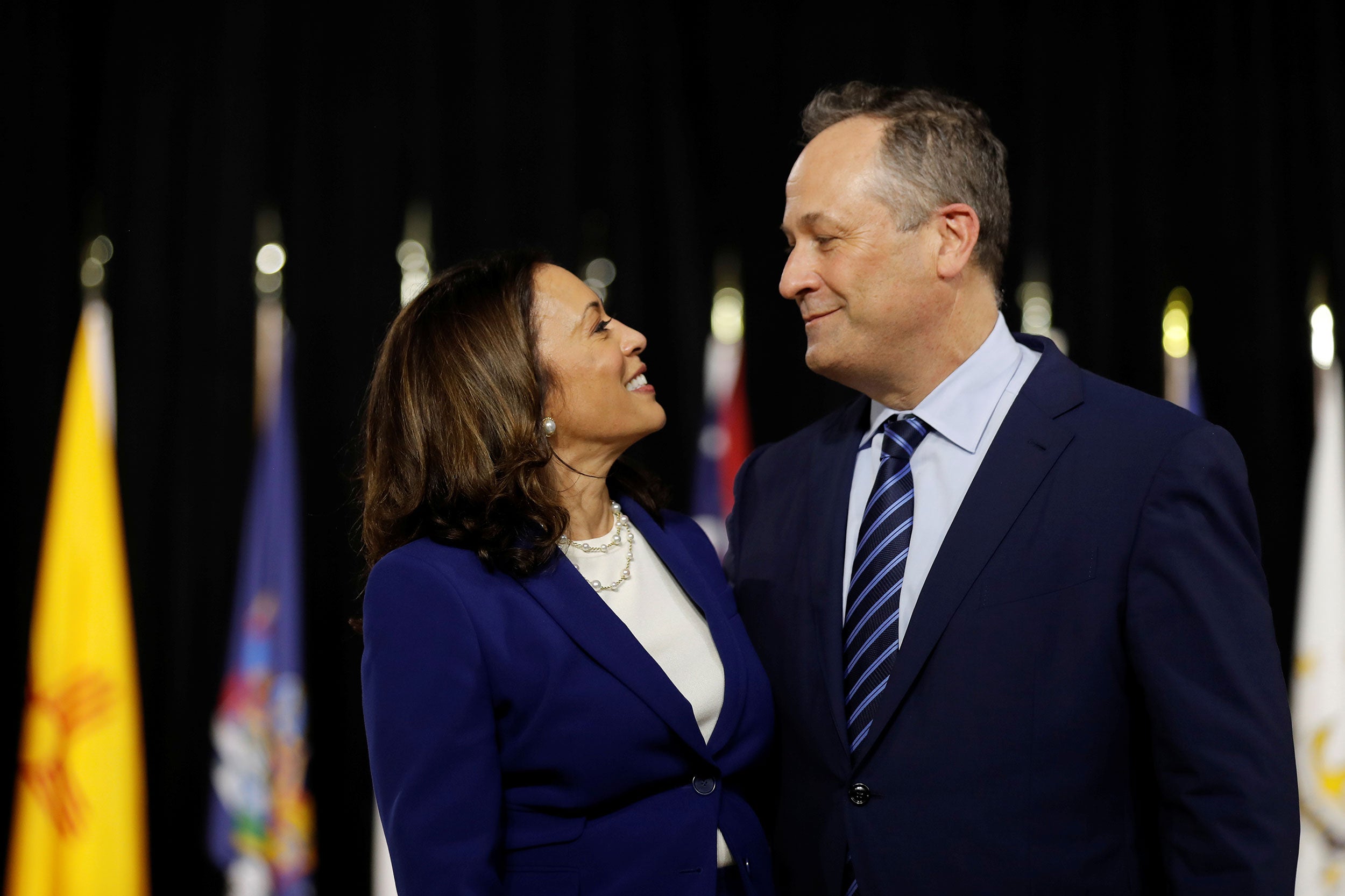 (CNN) — Douglas Emhoff, the husband of Vice President-elect Kamala Harris, will be the first male spouse of a vice president come January.

Second gentleman. Second husband. Second dude. No matter the formal title, Emhoff, who is Jewish, is making history in his own right, a reflection of the nation’s changing political and gender norms.

CNN projected Saturday that Joe Biden will become the 46th president of the United States, making Harris the next vice president. Harris, a Democratic senator from California, will make history as the first woman, the first Black person and the first person of South Asian descent assume the office.

“So proud of you,” Emhoff tweeted on Saturday, with a picture of him and Harris hugging.

Emhoff, a successful entertainment lawyer, was a mostly quiet and supportive presence on the campaign trail when Harris was running for president during the Democratic primary. Harris dropped out of the primary race in December and joined Biden as his running mate in August.

Emhoff shied away from the spotlight, and was often seen backstage or at the edge of the crowd at Harris’ events sporting a “Kamala” T-shirt. But he is active on social media, with his supporters calling themselves the #DougHive, modeled after Harris’ supporters and the #KHive.

He garnered attention last year when he rushed onstage to protect Harris after a protester came close enough to the senator to grab her microphone.

Emhoff also defended Harris when Donald Trump Jr., the President’s son, retweeted a racist lie that Harris is not a Black American because her parents immigrated from Jamaica and India.

Harris and Emhoff met after they were set up on a blind date in 2013 by Harris’ best friend when Harris was California’s attorney general. Emhoff was, at the time, divorced from Kerstin Emhoff, with whom he has two children, Cole and Ella.

Emhoff proposed to Harris in 2014 after a swift courtship. The couple was married at the courthouse in Santa Barbara later that year in a ceremony officiated by Harris’ sister Maya.

Harris wrote in Elle magazine in May 2019 that her stepchildren came up with her moniker “Momala” a few years after she and Emhoff were married because they preferred the term over “stepmom.”

“My family means everything to me. And I’ve had a lot of titles over my career, and certainly, ‘Vice President’ will be great, but ‘Momala’ will always be the one that means the most,” Harris said in her first speech after Biden chose her to run with him for the White House.