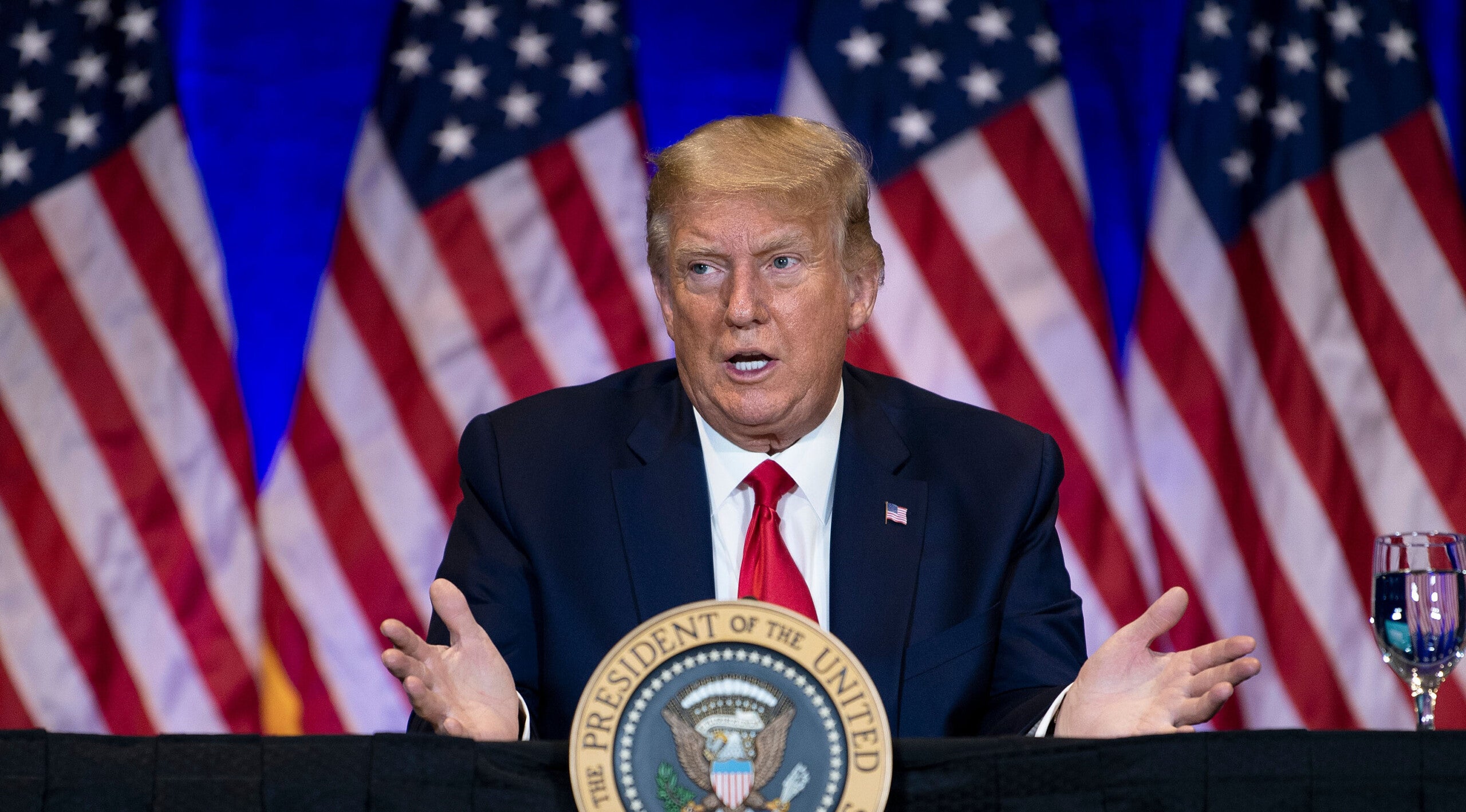 The campaign rally in Henderson, Nevada — which is being held inside a facility of Xtreme Manufacturing — is expected to violate the state of Nevada’s restriction on gatherings of 50 people or more. It follows a stretch of outdoor events after Trump’s controversial indoor Tulsa, Oklahoma, rally in June saw underwhelming attendance.

The indoor event, which comes as US coronavirus deaths near 200,000, follows a turbulent week for the President as his campaign navigates the fall out of his Covid-19 response. Trump has long viewed rallies as an outlet where he can connect with his supporters in a way that he can’t when he’s in Washington, DC, and has blamed bad poll numbers on his absence from the campaign trail.

But his last entirely indoor rally in Tulsa brought considerable controversy after the city experienced a surge in coronavirus cases a little more than 2 weeks after the event and multiple campaign staffers along with Secret Service agents tested positive for the virus.

In the end, fewer than 6,200 people attended the rally that was meant to signal Trump’s return to the campaign trail. The low attendance was blamed on the intense backlash from the media and “radical protestors” about convening such a large crowd during the pandemic.

Henderson has already warned Xtreme Manufacturing that it will be violating the state regulations if the rally proceeds.

“The City of Henderson has issued a compliance letter and verbal warning to the event organizer that the event as planned would be in direct violation of the governor’s COVID-19 emergency directives. Specifically, gatherings of more than 50 people in a private or public setting is prohibited,” City of Henderson spokeswoman Kathleen Richards told CNN in a statement.

“Large live events must be approved by the Nevada Department of Business and Industry, Division of Industrial Relations and at this time, the City has not been notified that this event has been approved. The City may assess a fine of up to $500 per violation of the governor’s directives as well as suspend or revoke the business license.”

“This is our First Amendment, it’s my right to choose,” Filomena McGuigan, a 60-year-old Trump supporter said. “This is not a dictatorship, this is a republic. And we have a right to be who we are and take whatever risks we so desire.”

Another Trump supporter, Kyle Hackett, said, “I feel like that’s my freedom as an American” to attend the event.

“And if I catch Covid, that’s the consequences of my actions, so I’m willing to take that risk and have a good time today,” he added.

The Trump campaign is not estimating how many people may attend, but the event is expected to exceed the state limit.

The venue is not expected to enforce social distancing for the attendees who will be sitting in chairs lined up next to each other in rows, and few people attending any of the recent rallies have been wearing masks. CNN has asked the campaign why it is holding the rally completely inside.

When asked generally about the Nevada rallies and whether it would limit the amount of attendees, the Trump campaign on Saturday only offered vague explanations of the protocols it will follow.

“Every attendee will get a temperature check prior to admission, be provided a mask they’re encouraged to wear, and have access to plenty of hand sanitizers,” a campaign official told CNN.

Xtreme Manufacturing details on its website an even stricter policy for attendance levels than the state has put into place: “We have restricted meetings and gatherings to no more than 10 people in large areas, and when possible, to attend meetings by telephone or video conferencing.”

A spokesman for the company has not returned numerous requests seeking comment about why it decided to host the rally.

The rally, he said, “is an insult to every Nevadan who has followed the directives, made sacrifices, and put their neighbors before themselves. It’s also a direct threat to all of the recent progress we’ve made, and could potentially set us back.”

Mike Gwin, a spokesman for Democratic nominee Joe Biden, said in a statement Sunday evening, “if Donald Trump cared at all about curbing this virus and protecting the safety of his supporters, he wouldn’t hold events like this, but Trump doesn’t and he won’t.”

“Every rally turned superspreader event Donald Trump decides to hold serves as another reminder to Americans that Trump still refuses to take this pandemic seriously and still doesn’t have a plan to stop it, even after nearly 200,000 deaths and untold economic damage,” he said.

That message was echoed by Democratic Minnesota Sen. Amy Klobuchar who told CNN’s Wolf Blitzer Sunday evening that she “literally can’t believe the President is doing this.”

Klobuchar, whose husband has recovered from coronavirus after contracting it in March, added, “what the President is doing is just unbelievable to me — that a leader of America would do something like this to the people of this country.”

The owner of Xtreme, Don Ahern, also owns a Las Vegas hotel which was fined after it hosted an August “Evangelicals for Trump” campaign event that exceeded the state limit and also violated some city health restrictions.

That hotel sued Sisolak and a Las Vegas official after it was fined arguing the limit of 50 people shows “disparate treatment” of some businesses.

The original locations chosen by the campaign for their Nevada rallies, which were expected to be at airport hangars with a mixture of the event being both in the open air enclosure and outside, pulled out because they were going to exceed the 50 person state limit.