Jay Leno released from the hospital after burn injuries 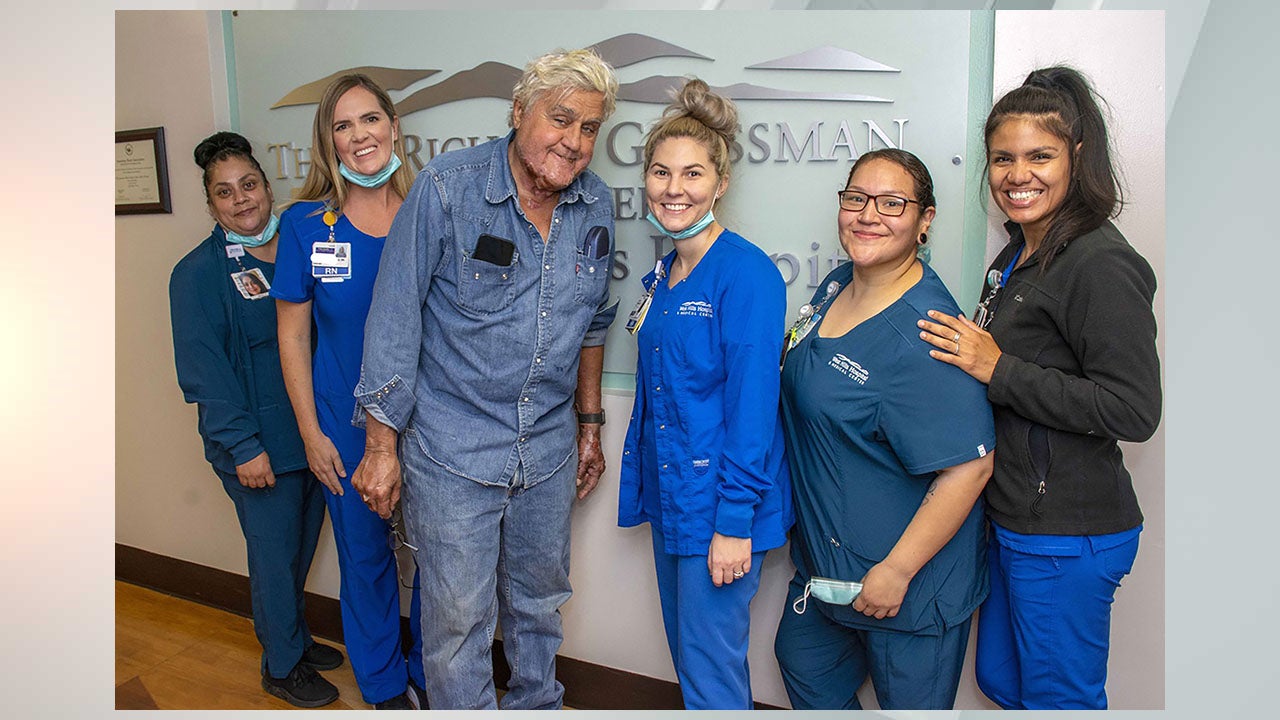 (CNN) — Jay Leno has been discharged from the hospital after sustaining burn injuries in a gasoline fire about nine days ago.

The former “Tonight Show” host, 72, was discharged from Grossman Burn Center in Los Angeles on Monday, the Center announced in a statement, along with sharing a photo of the comedian with some members of his care team.

“Comedian Jay Leno was released from the Grossman Burn Center today,” the hospital said in a press release. “Jay will receive follow-up care at the Grossman Outpatient Burn Clinic for burns to his face, chest and hands he received during a fire at his home garage.”

Leno, an avid car collector, had been working underneath a vehicle on when he was burned. He has undergone two surgical procedures to treat his injuries, Dr. Peter Grossman, his physician, previously announced.

“I am pleased with Jay’s progress, and I am optimistic that he will make a full recovery,” Grossman said Monday.

“Jay would like to let everyone know how thankful he is for the care he received, and is very appreciative of all of the well wishes,” the hospital added in their statement. “He is looking forward to spending Thanksgiving with his family and friends and wishes everyone a wonderful holiday.”