Fever prepare for season without Catchings 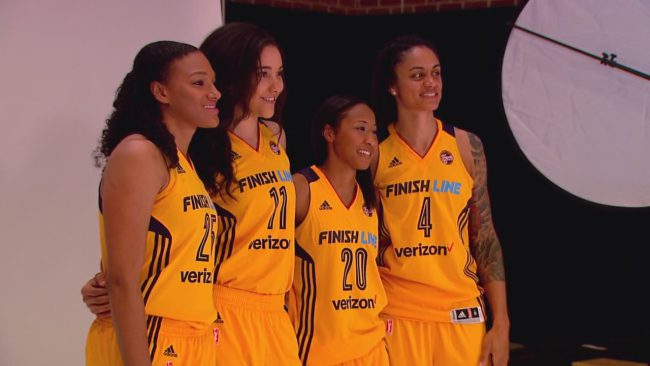 INDIANAPOLIS (WISH) — When new head coach Pokey Chatman came on with the Fever in November, players could not wait to get started.

“Her energy, she loves this game so much and when she’s out on the court, we have to hold her back because she wants to get out there and show us what to do,” said Briann January. “She just loves it and her energy is contagious and we have just been feeding off of it the entire time.”

The feeling is mutual. Chatman can’t wait to take over a franchise with not only postseason success, but a fan base with a true appreciation for the game.

“You cannot mistake the feeling that you get when you are in this environment. You know there’s a love and appreciation, obviously for this city, obviously for this team, but for the game we’re getting paid to play and coach,” said Chatman. “We need those fans. They’re vocal and it will just be nice being on the other side of it.”

This roster has a ton of veteran leadership on it, but one veteran who’s going to be sorely missed: Tamika Catchings

Catchings’ impact on this franchise is still being felt by the current team, however.

“You feel that loss before you even play a game, but I will say this, Tamika is one of the greatest of all time, not just in our sport, but I think across any sport,” said Chatman.

“Just her intensity, determination, and her desire to play the game of basketball. I think that kind of rubs off on everybody that plays in this league,” said Candice Dupree. “She’ll definitely be missed.”

The Tamika Catchings effect will always stick around Bankers Life Fieldhouse. The lessons she taught her former teammates will hopefully translate into another playoff season.

“This franchise is Tamika Catchings,” said January. “We have a core group that had played with her for multiple years, and so we’re going to carry a piece of her with us throughout the rest of our time here.”