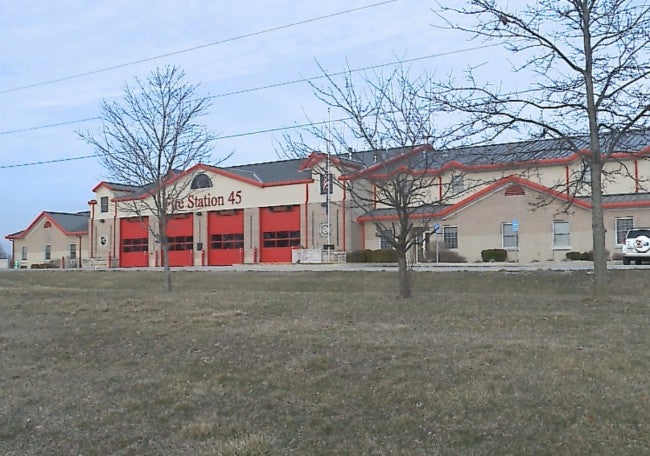 HANCOCK COUNTY, Ind. (WISH) — It was the type of call firefighters dread; being sent out to crash scene where the victim is someone they know.

In this case it was Kyle Gulley, an intern with the Sugar Creek Township Fire Department in western Hancock county. The 20-year-old died at the scene when the incident happened late Thursday night.

It’s been a tough 24 hours for the fire department. Gulley was more than just an intern; he was like family. And now they feel like they’ve lost a son, a brother and a young man they hoped would one day would suit up alongside them.

“We’re all hurting,” said Chief John Begovich. It’s hard to hide the pain as he talks about Gulley, an intern with dreams of suiting up in his own gear.

“I’ve known Kyle since he was 10 years old,” he said. “Just yesterday, I was reading his application to be a career firefighter here.”

Earlier this week was his first official shift where he was assigned to a crew.

Outside Gulley’s home Thursday night, investigators said he was helping his brother get a pickup truck off of a tow truck at the edge of their driveway along County Road 200 West.

A passing car hit Gulley. Chief Begovich said Gulley’s brother, who is a volunteer firefighter, tried saving him but it was too late.

“My first thought went out to his mother. I knew she was going to need help, so we focused on trying to find out where she was at the time,” said Chief Begovich.

Gulley’s mom is also the department’s Fire and Life Safety Educator. It’s how the chief and other members of the department got to know Gulley at such a young age.

“I can remember when he was in middle school and high school. He’d come here after school and she’d be on him about homework,” he said.

It’s those memories Chief Begovich and the crew will hold onto as they try to recover from losing a man they say was always helpful, positive, and a joy to be around.

“As time goes by it’ll get better but I asked myself what’s the world missing now because Kyle’s not with us,” said Chief Begovich.

The 18-year-old driver involved in the accident was taken to the hospital, treated and released. At this point, investigators don’t believe the driver was impaired or that any criminal activity was involved.