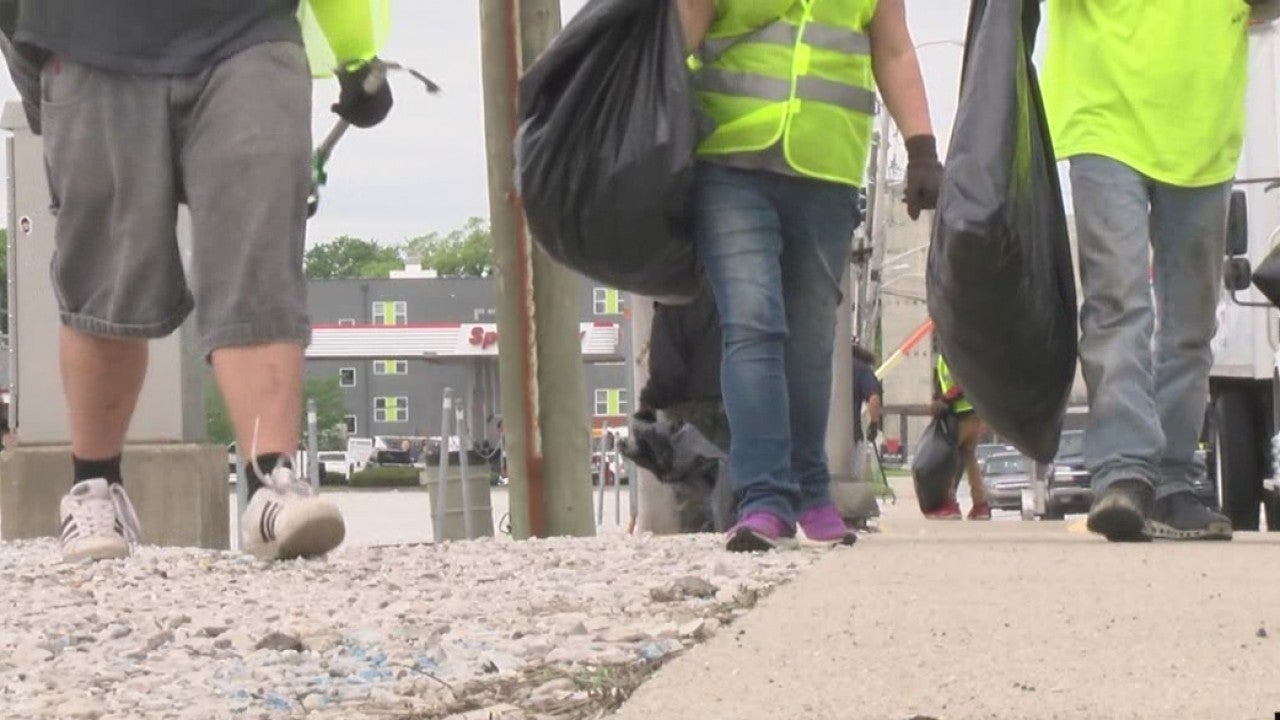 INDIANAPOLIS (WISH) — Authorities are making the city and some of its less fortunate residents’ lives better with the Pathways to Employment program.

Unfortunately when people drive down the road, they aren’t always conscious of the effects their litter can leave on the city, but cleaning that up will be a new source of income for those in need.

Life for panhandlers isn’t a glamorous one. Sometimes, it means resorting to using even pieces of worn cardboard to make even a little change. On Monday, 14 former panhandlers were getting money another way, starting with picking up the roads and, in turn, picking up their lives and spirits.

The city allowed News 8 to talk with the people if we would not identify them.

They’re being paid $10 an hour for a 40-hour workweek. They are working enthusiastically because, at some point, many of them thought they’d be doing something similar as a punishment without pay.

“Five years ago, I could see myself doing this,” one man said. “I was in prison five years ago.”

The enthusiasm is what got all of these people the jobs. Each person had to show an interest in the program and be referred by a community partner.

“Because these people are usually in need for day-to-day, everyday, basic needs, they are a little bit excited about coming to work and being paid to increase their quality of life,” Supervisor Shana Relford said.

Now instead of wondering just about the next month, these people can actually have futures of the chance the city gave them and their determination to change their lives.

“Now I’m clean, I got my wife over there, everything is going great,” One man said. “The future is looking a lot better than the past. Let’s just put it that way. The future involves my significant other and it also involves a lot of family and possibly some schooling to improve my education and to improve my job.”

Hopefully after 20 weeks is over, each of those people will have job experience, some more money and a shot at other jobs they might be interested in.