Hawley defends opposition to every Biden Cabinet nominee: ‘I take them one at a time’ 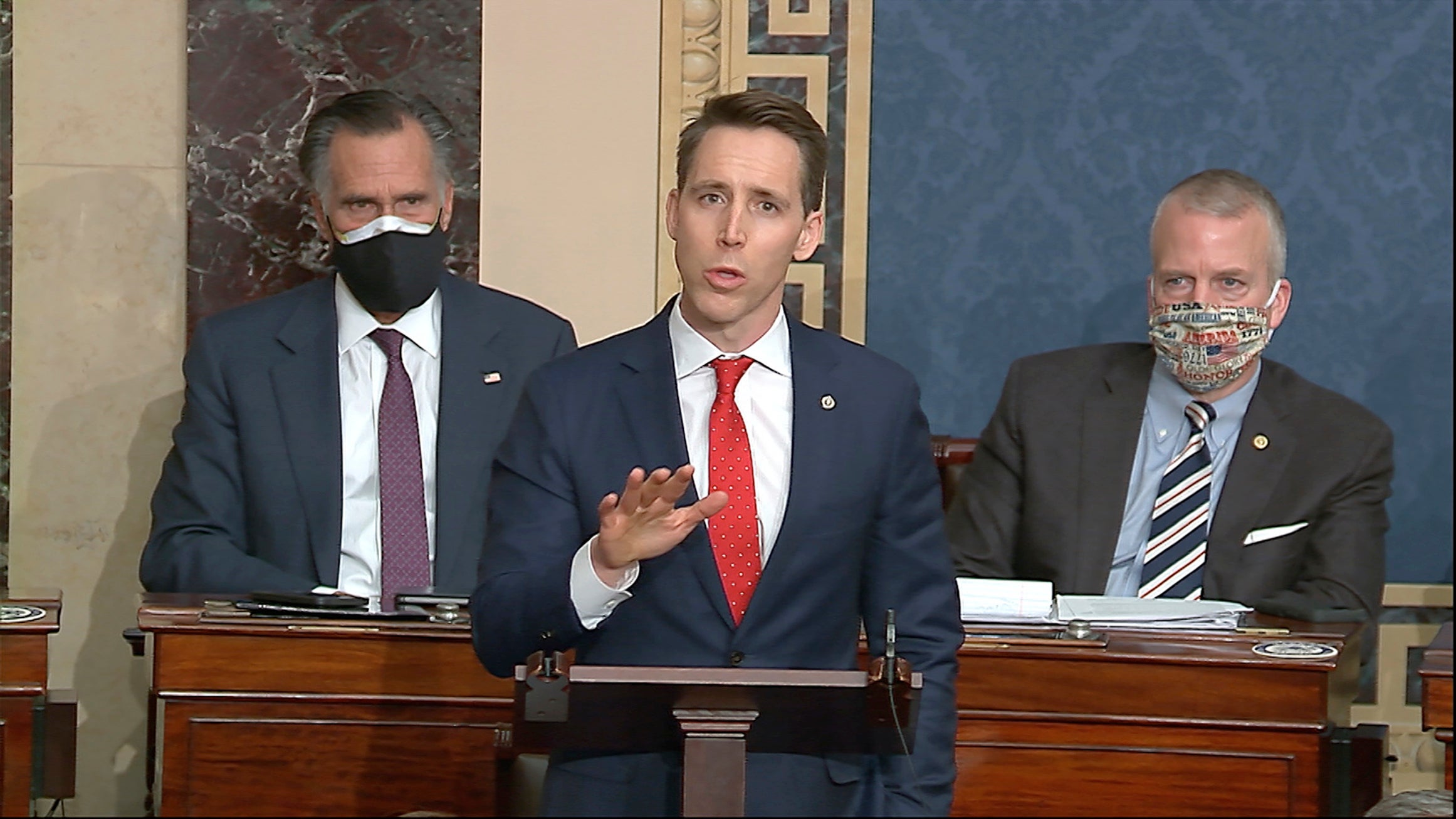 FILE - In this Jan. 6, 2021 file image from video, Sen. Josh Hawley, R-Mo., speaks at the U.S. Capitol in Washington. At least four additional companies that have donated to Hawley have announced they are suspending campaign contributions. The announcements by Cerner Corp. in Kansas City, Ameren Corp. and Edward Jones in St. Louis and the Chicago law firm Bryan Cave Leighton Paisner adds to a growing list of donors who have cut ties to the Missouri Republican senator since the attack on the Capitol last week. (Senate Television via AP File)
by: Paul LeBlanc, CNN
Posted: Mar 2, 2021 / 04:36 AM EST / Updated: Mar 2, 2021 / 04:36 AM EST

(CNN) — Republican Sen. Josh Hawley on Monday defended his role as the only US senator to oppose every one of President Joe Biden’s Cabinet nominees, insisting that he evaluates each pick individually.

“I take them one at a time, if there is someone I think will be good to Missouri, that I can defend to my voters, somebody who I think is going to be good for the job, I’ll vote for them,” Hawley told CNN’s Manu Raju, pointing to his support of a deputy defense nominee who was confirmed by the chamber through a voice vote.

So far, 11 of Biden’s 23 Cabinet-level nominees requiring Senate approval have been confirmed — with Hawley having opposed each one. While it’s not at unusual for new presidents to run into trouble with some nominees, or even to see several potential Cabinet members fall, Hawley’s uniform opposition is notable even in a bitterly divided Senate.

The Missouri senator has fielded a wave of backlash since January 6, when he and other Republicans in Congress raised objections to the counting of some Electoral College votes for Biden, pushing false claims of voter fraud that were echoed by members of the mob incited by former President Donald Trump.

But the insurrection that left five dead doesn’t appear to have shaken the senator’s loyalty to the former President.

Asked if he had any concerns with Trump’s lie-filled remarks at the at the Conservative Political Action Conference in Orlando, Florida, over the weekend, Hawley said, “I don’t give him advice, and I’m not going to give you my emotional reactions to his quotes.”

Trump, he added, is “a guy with a strong point of view, he’s a former President and he’s not going anywhere.”

While Hawley said he doesn’t agree with Trump that the election was stolen, he declined to take issue with the former President’s remarks.