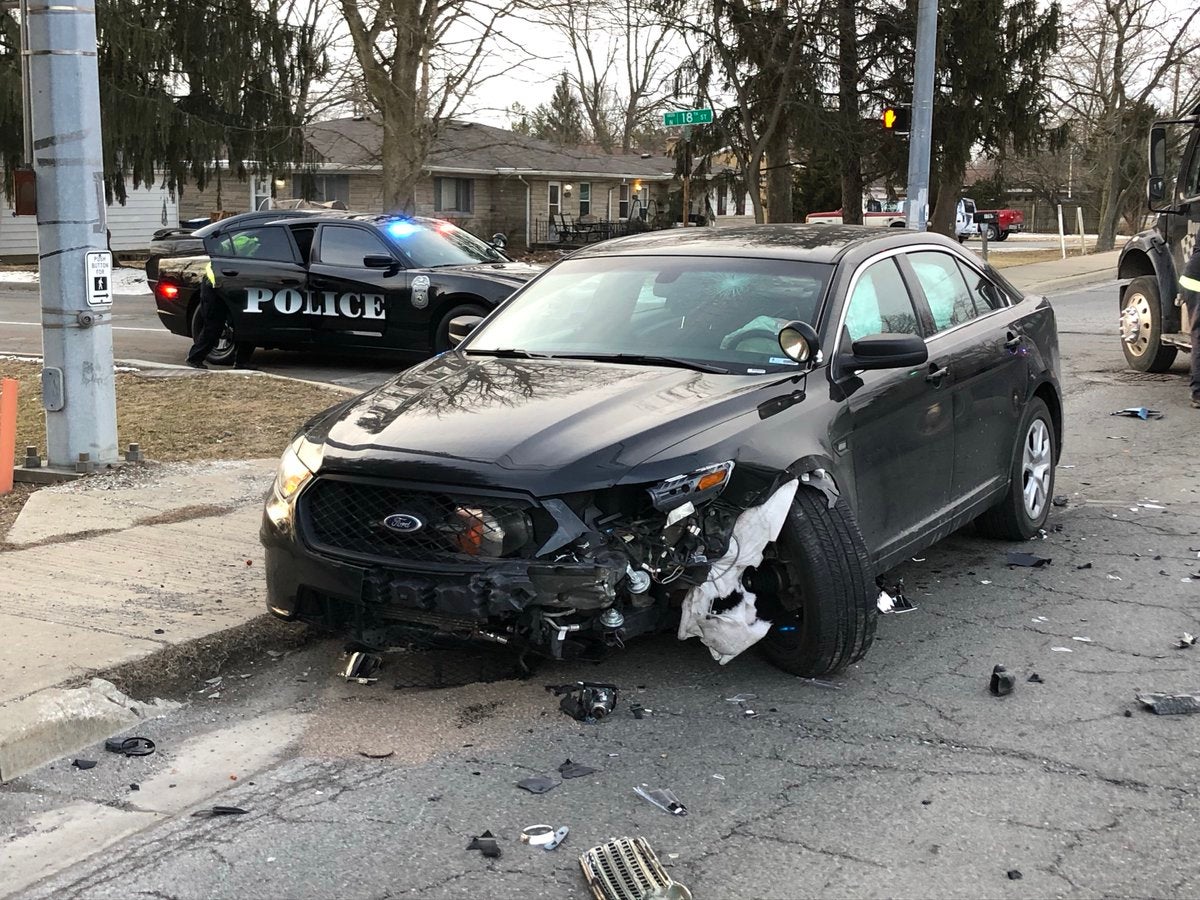 The officer was driving an unmarked car during the crash about 8 a.m. at the intersection of 18th Street and Post Road.

The officer and the driver of the other car were not seriously hurt, but both cars sustained serious front-end damage.

Police have not said what led to the crash.

OFFICER in a CRASH: IMPD confirms one of their own was in a crash at the Post Rd / 18th St intersection. The officer & the other driver are doing just fine, but the officer does have big welt on his hand + a bump on his head. No word yet how the crash happened. #NewsTracker pic.twitter.com/DdrwI8Plkp— Kevin Ratermann (@Kevin_Ratermann) March 7, 2019