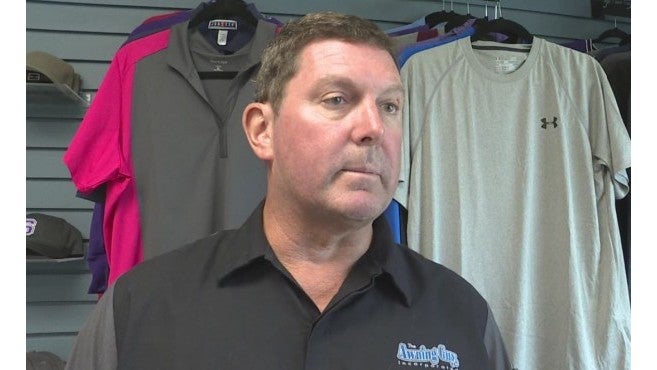 SEYMOUR, Ind. (WISH) – An Indiana lawmaker said Thursday he plans to make a new push for medical marijuana in Indiana and he believes it could become reality in 2019.

Recreational marijuana use might take a few years more.

State Rep. Jim Lucas, a Republican from Seymour, said he feels so strongly about the push that he’s getting ready to travel across the country — on his own dime — to learn more. He will travel to Denver to learn all about cannabis.

“Lives are being saved,” Lucas said. “I want to learn from seed to sell. I want to talk to the people that grow it, the people that cultivate it, the government officials that regulate it.”

He said he wants to see the good and the bad about the green in Colorado.

“I’ll also be meeting with people in the industry for medical cannabis and recreational cannabis: dispensers, grow labs, cultivation facilities, farmers. People from all ends of the spectrum that are in the industry,” Lucas said.

The state lawmaker said he wants to take what he learns in Colorado and use it to help create new legislation in Indiana. He tried to get a medical marijuana law passed last session, but it never got a committee hearing.

Legislators will talk about medical marijuana in a summer study committee. Lucas said he hopes that discussion will boost his 2019 legislative plans.

The Republican said, “We are going to have another hemp bill come forward. I will be offering that again. I will be offering again another medical cannabis bill. I’m also thinking about looking at decriminalizing 30 grams or less for individual use.”

Lucas knows there is pushback.

Lucas said, “I love having opposition. That gives me a forum. We’re having this meeting now because of this very issue. Let’s have that meeting, let’s have that discussion and get both sides up to the table.”

The lawmaker from Seymour said he thinks Indiana will see recreational marijuana legal in Indiana in three to five years.

He also told us he believes his medical marijuana bill will pass this coming session in 2019.