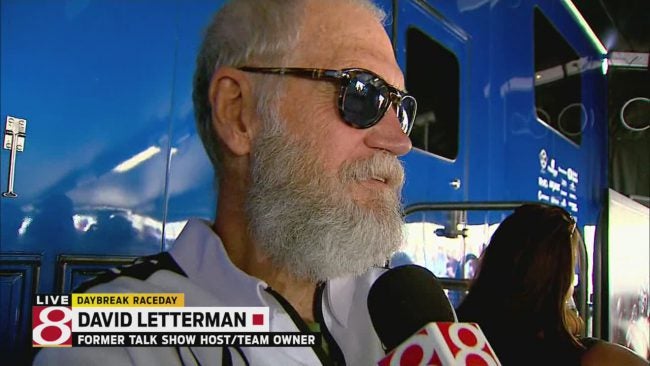 SPEEDWAY (WISH) – Thousands of people are expected to attend the 2016 Indianapolis 500.

One of those people who will be at the historic 100th running of the Indianapolis 500 is former Late Show host and Indiana native David Letterman.

While the comedian took time to deeply reflect upon the importance and the history surrounding the Indianapolis 500 and the Indianapolis Motor Speedway, his trademark wit and humor was also on display.

The interview includes a joke from Letterman about a famous cartoon squirrel, remarking “where’s Bullwinkle?”

He also answered a question on a lot of people’s minds: When was the last time he shaved?

To hear of the interview with Indiana’s own David Letterman ahead of the 2016 Indianapolis 500, click on the video.