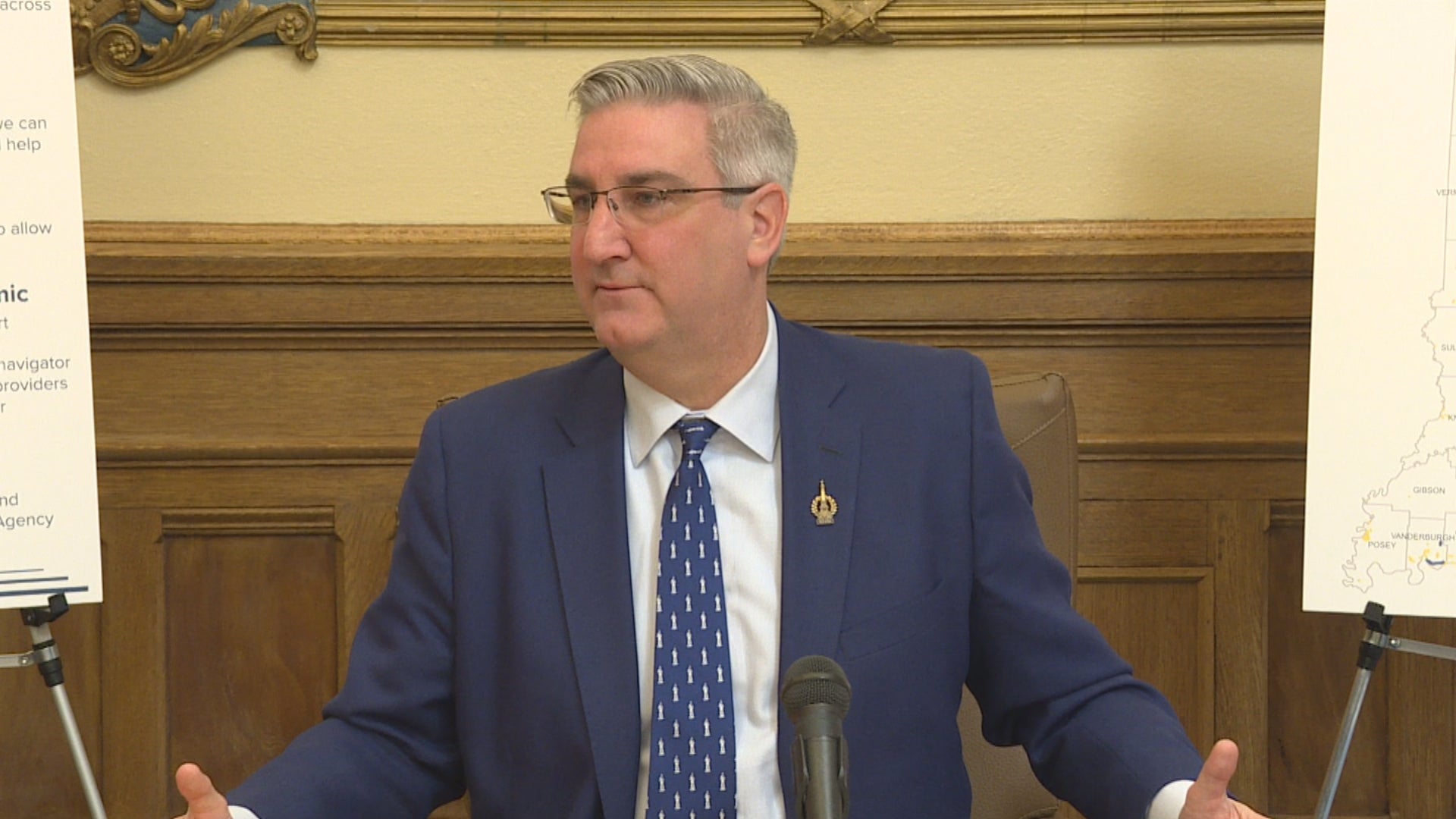 INDIANAPOLIS (AP) — Indiana Gov. Eric Holcomb signed legislation Wednesday aimed at getting  Indiana off a list of five states without a hate crimes law, saying that the conservative Midwestern state has “made progress and taken a strong stand against targeted violence.”

The Republican governor signed the measure into law one day after the GOP-dominated state Senate voted 34-14 to approve the bill’s bias crimes language. Several Democratic senators urged its defeat, saying it falls short of what’s  needed because its language does not explicitly cover age, sex or gender identity.

The bill’s passage and Holcomb’s signing it into law comes after repeated attempts to pass a bias crimes law in Indiana failed amid fierce opposition from conservatives who said it would unfairly create specially-protected classes of victims and wrongly restrict free speech.

Holcomb had pushed for more comprehensive legislation with an enumerated list of traits that include gender and gender identity. But he and other Republicans argued that the measure covers all 6.6 million Hoosiers because it covers all characteristics and traits, whether expressly listed or not.

Holcomb said in a statement after signing the legislation, which takes effect July 1, that “our goal was to achieve a comprehensive law that protects those who are the targets of bias crimes, and we have accomplished just that.”

“We have made progress and taken a strong stand against targeted violence. I am confident our judges will increase punishment for those who commit crimes motivated by bias under this law,” he said in his statement.

The Anti-Defamation League lists Indiana as one of five states, along with Georgia, South Carolina, Wyoming and Arkansas, without hate crimes protections.

It’s unclear whether the law will result in Indiana being removed from that list. The ADL said Friday that the legislation “does not meet our standard for a real and effective hate crimes bill in 2019.”

A message was left Wednesday with the ADL seeking comment on whether the new law is sufficient to get Indiana off its list.

The law, however, says bias can also be considered due to the “victim’s or the group’s real or perceived characteristic, trait, belief, practice, association, or other attribute.”

A former Indiana Supreme Court justice, Frank Sullivan, Jr., said in a letter he sent Wednesday to Holcomb that the law’s language “is legally sufficient” to enable Indiana trial court judges to impose harsher sentences, including “for a crime committed with bias due to the victim’s gender or gender identity.”

“Just because a characteristic or trait is not specifically listed does not prevent it from being used to impose a harsher sentence … Indiana now joins as it should the mainstream of states in punishing crimes of bias,” wrote Sullivan, who was appointed to Indiana’s high court in 1993 by Democratic Gov. Evan Bayh and retired in 2012.

A Senate committee had passed another hate crimes bill in February, but a few days later the state Senate stripped out a list of specific protected traits , including sexual orientation, gender identity and race.

Members of the House voted 57-39 last week to advance the legislation after new language was added to an unrelated bill.

House Speaker Brian Bosma said Tuesday that the legislation “meets or exceeds” bias crimes statutes on the books in 21 other states “and all of those states are off the list of states without a bias crimes law.”

“There’s no reasonable assertion as to why this all-inclusive measure doesn’t take Indiana off the list,” he said in a statement.

In 2015, then-Gov. Mike Pence signed a religious protections law that critics widely panned as sanctioning of discrimination against lesbian, gay, bisexual and transgender people. After the state faced boycott threats, lawmakers made changes to the law to prevent it from being used to justify discrimination against LGBT people in the state.

Our statement on the passage and enactment of Indiana Senate Bill 198: pic.twitter.com/9BMuDlrE6r— ADL Midwest (@ADLMidwest) April 3, 2019