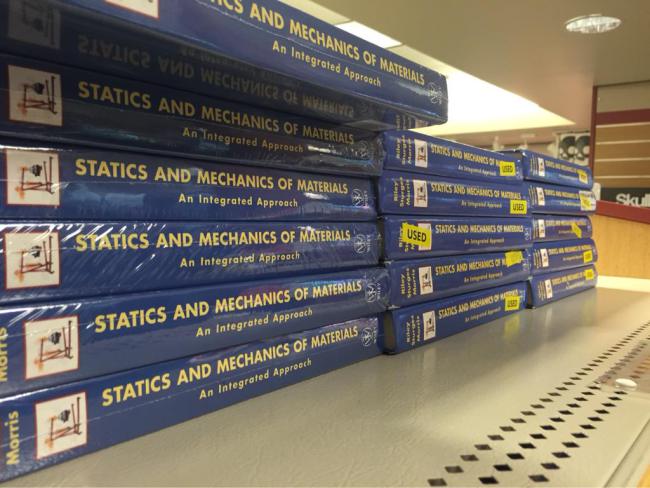 TERRE HAUTE, Ind. (WTHI) – Students heading back to college are in for sticker-shock at the bookstore, that’s because textbook prices are soaring.

“It’s overwhelming and I feel for the students,” said Susan Powers, with Academic Affairs at Indiana State University.

College textbook prices have increased faster than tuition, health care costs and housing prices, all of which have risen faster than inflation.

“The prices are from the publisher, and they try to get the most out of every book they can. They are at most a business, but I can’t really speak for the publishers,” explained Powers when asked why textbook prices continue to skyrocket.

The National Association of College Stores (NACS) says the average college students will spend $655 on textbooks each year, but with a single textbook easily costing as much as $300, that total can easily be much higher.

“Depending on the students major they could spend up to $800 potentially,” said Powers.

Although 65 percent of students nationwide reported being unable to purchase at least one textbook last year, they aren’t foregoing class materials altogether.

Many opt to rent, buy used, or purchase e-book versions of the assigned texts, which drive down the average textbook cost per student.

“Used rentals are the least expensive option, and then there are also e-textbook options.” E-textbooks are about 53 percent cheaper than standard, paper textbooks. Powers said ISU conducted a survey last year in which they found only 2 percent of their students are using the digital version of the text. “I think over the years that will change as K-12 uses more e-textbooks.”

In the meantime ISU is working to provide the list of textbooks to students early in order to corner the used book market, “so that we can give students the most affordable options.”