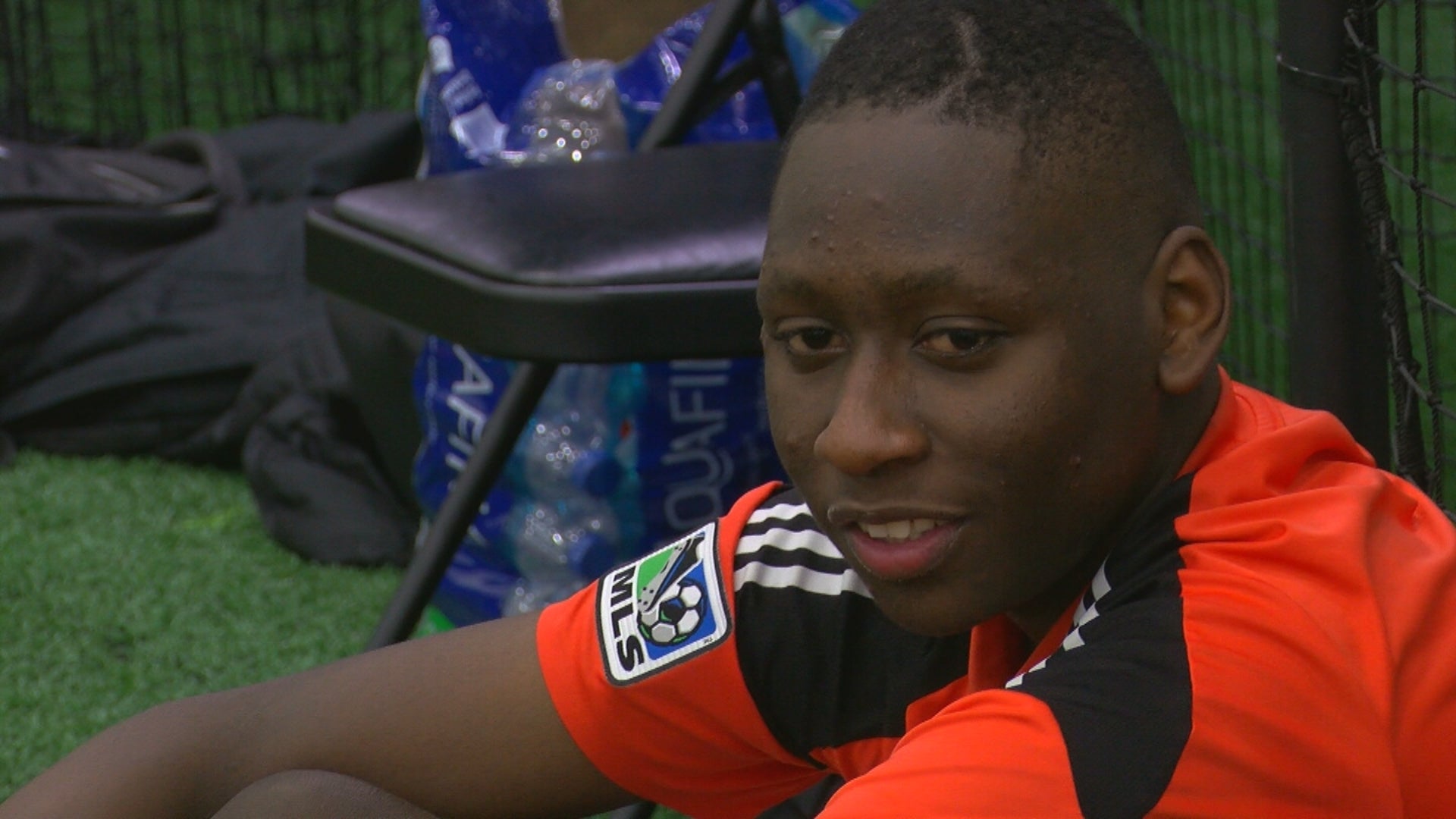 WESTFIELD, Ind. (WISH) — Sadio Doucoure woke on Christmas morning to chaos and smoke as his mother shouted “fire” to get him out of bed to safety.

The 17-year-old said his mother saved him from the fire that severely damaged his family’s near north side home and destroyed, among other things, his soccer ball.

It was the worst way to celebrate Christmas.

That morning, he talked to News 8 about what he saw as his second chance at life: plans to become a doctor or to play for Circle City’s professional soccer team, the Indy Eleven.

“This is my big dream,” said Doucoure, talking about trying out for the Indy Eleven.

Doucoure’s story caught on with the Indy Eleven, so the team worked with News 8 to surprise him at their headquarters on Pennsylvania Street.

“We saw your story WISH-TV brought to our attention that you mentioned Indy Eleven being part of your passion. and we kind of have a genuine appreciation for that here,” said Josh Mason, vice president of sales and marketing for the Indy Eleven.

The team gave gave Doucoure an Indy Eleven ball and shirt, along with a special message from Indy Eleven coach Martin Rennie.

“Hey Sadio, it’s Martin Rennie, the head coach for Indy Eleven. I’ve heard about your story. I’m sorry to hear about what you had to go through recently but also happy that you are safe and you are able to move on from that. I heard you’re a big soccer fan and you’re a big Indy Eleven fan, and we want to extend an invitation to you to come out to our open tryout this weekend,” Rennie said in part of the video message.

Doucoure was so excited, it was hard for him to speak at all.

“If you’re busy though this weekend, it’s OK, too,” Rennie said.

About 100 men showed up Jan. 12 and 13 at the team’s training facility in Westfield to vie for open spots on the team, which plays in a league one level below Major League Soccer. Doucoure was among the contenders as one of the youngest people to try out.

“For someone who hasn’t experienced this before, they’ll realize just how high the standard is, just how athletic the players are, how technically gifted they are,” said Rennie.

Team leaders said Sadio had a chance to possibly make the team if he was good enough, but either way it was an opportunity to play with college-level and pro-level soccer players.

So Doucoure tried out. A couple minutes into his first scrimmage, he scored a goal. It wasn’t all clean, but Rennie said he could tell Doucoure shoots the ball well.

After two days of tryouts and another scrimmage, Doucoure didn’t make the team. Rennie said he sees potential in the teen, though, as long as he keeps working hard.

In December, Doucoure was thankful to be alive. Now he’s thankful for what he called the best weekend of his life, with a team he loves.