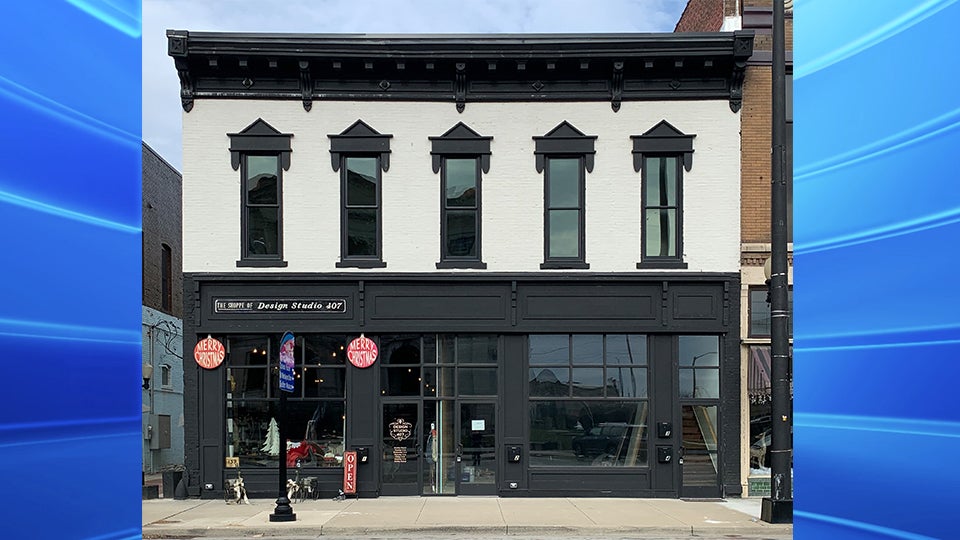 MARION, Ind. (Inside INdiana Business) — A once-condemned building seen as an eyesore by many in downtown Marion has new life.

The 1920 building, which had been vacated for several years and deemed unsafe by the city, is now fully occupied for commercial and residential use following a major renovation effort.

The city took ownership of the building at 139 E. Third St. in 2015 and at one point considered demolition. However, the city says volunteers cleaned out a majority of the building’s interior and not long after that, three entrepreneurs acquired the building.

“There is growing interest in downtown, and it’s because the market is not saturated,” Bowers said in a news release. “We were one of the first to offer luxury apartments downtown; therefore, we took a risk.”

The developers transformed the second floor into two apartments. One half of the first floor is being occupied by local designer Linda Harmon and her studio & decor shop, Design Studio 407. The other half was leased to a company for a use that will be announced in the future, according to the city.

BDP Real Estate did not immediately disclose its investment in the project.

“About two years ago, there was practically nothing down there, but in a relatively short period, there has been a lot of development,” said Preusz. “Fifty years from now, I hope downtown gets back to being a hangout spot like back in the day … perhaps a lot sooner.”