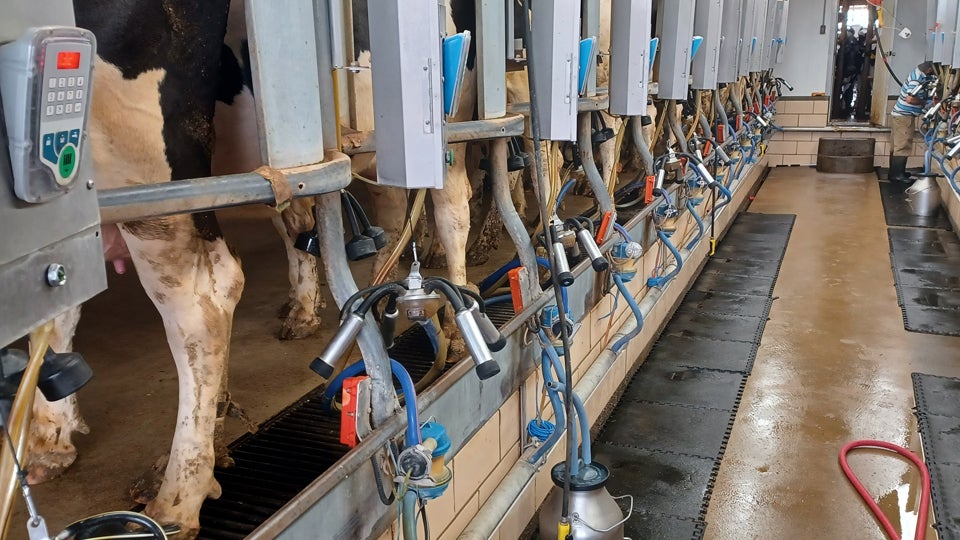 “The H-2A program…is geared towards vegetable and fruit farms. But our livestock industry has no year- round source for workers. And this has deep implications on our farm,” said Steve Obert, executive director of Indiana Dairy Producers.

The federal guestworker program, first approved by Congress in 1986, allows agricultural employers to hire workers from other countries on temporary work permits for farm jobs that last ten months or less. But operations, like dairy and poultry farms, require year-round help.

“This is a critical issue that impacts that ability to do that and also keeping prices down as we go through a period of inflationary pressure that we all have been experiencing,” said Obert, who runs a dairy farm near Evansville.

At a roundtable convened Tuesday by the Indiana Dairy Producers and the American Business Immigration Coalition, speakers called on the Senate to pass legislation that increases access to the H-2A visa program, “enhances our food security by protecting domestic agriculture production and ensures that grocery store shelves remain stocked.”

Indiana’s poultry producers face similar obstacles. Indiana is one of the leading states in egg, duck and turkey production.

“We rely on immigrant labor to help our animals, and, like the dairy sector, we need help year-round,” said Indiana Poultry Association President Rebecca Joniskan. “We rely on our workers to have good knowledge of animal welfare, and also to be cognizant of our biosecurity needs as we face disease incidents.”

A recent outbreak of highly pathogenic avian flu impacted 13 farms in five Indiana counties. Nearly 200,000 turkeys and ducks were euthanized to contain the spread of the disease.

In March 2021, the U.S House of Representatives approved a bipartisan bill that would provide changes to the H-2A program. The Farm Workforce Modernization Act permits farmworkers, their spouses and children to earn legal status through continued employment in the agricultural sector.

The U.S. Senate has not taken up the legislation and farm groups are urging them to do so.

“This sort of reform is important to give [our workers] some predictability to their employment status. And all of that goes to support healthy, nutritious, affordable protein. We encourage our Members of Congress to push forward and try to find solutions that work for not only Hoosiers but our whole country—and in support of our industries,” said Joniskan.

Obert says immigrant labor is estimated to provide care and milk 79% of the U.S. milk supply. He says without migrant workers, retail milk prices would double.

“Costing the U.S. economy nearly $32 billion. So, it’s important to point out that for our livestock industry and those that are needing year-round workers,” Obert said.