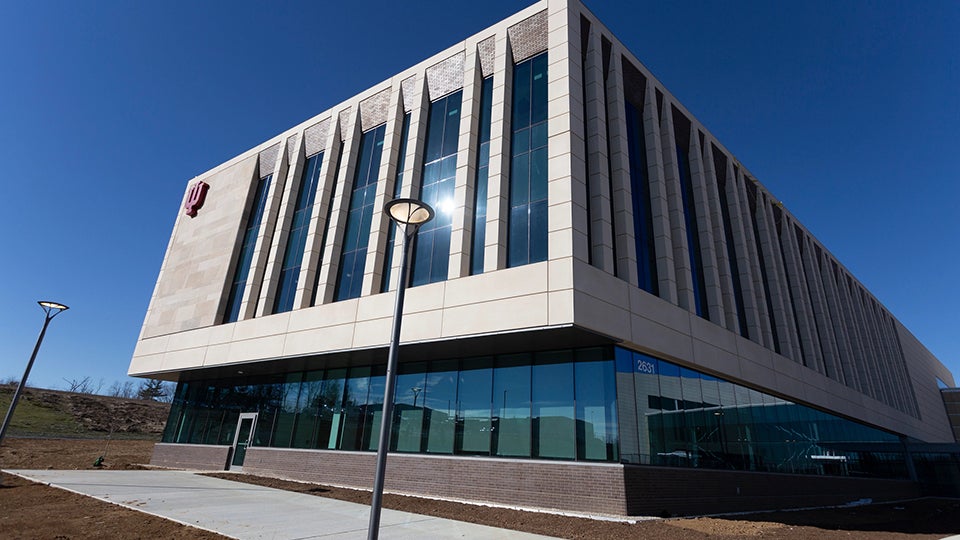 BLOOMINGTON, Ind. (Inside INdiana Business) — Indiana University has opened its new building at the nearly $400 million IU Health Regional Academic Health Center in Bloomington. The university says its Health Sciences Building on the 735,000-square-foot campus houses many of its health sciences programs, including the School of Medicine and School of Social Work, which are preparing for the return of in-person classes next week.

The facility is also the new home of the IU Hearing Clinic and the IU Speech-Language Clinic. David Daleke, vice provost for graduate education and health sciences at IU Bloomington, says the university’s Department of Speech, Language and Hearing Sciences has reconfigured its research labs to allow for more collaboration.

“It’s been interesting to see how it’s all worked together,” Daleke said. “In addition to the collaboration I’ve seen between IU schools and departments, the collaboration with IU Health has brought us closer together as organizations as well. The classroom technology is outstanding and a huge leap in the quality of our educational spaces. The new Health Sciences Building will up the quality and capacity for health sciences education in Bloomington.”

The IU School of Nursing will also have space at the building and is preparing for review and approval by the Indiana State Board of Nursing before it can begin teaching students there.

The Regional Academic Health Center will also be home to the new IU Health Bloomington Hospital, which is currently under construction and slated for completion later this year. Daleke says having the Health Sciences Building on the same campus as the hospital will create major benefits for students.

“When students feel like they’re being trained in a hospital, it has a powerful effect on their understanding of the career they’re pursuing,” he said. “It’s been a long road with a lot of hard work from a lot of people. It’s extremely exciting to come to this point and see physically all the thoughts and ideas come to life.”

Part of the interprofessional nature of the campus is Simulation Center, which will be shared among the School of Nursing, School of Medicine and the hospital for training and teaching students, as well as onboarding and training hospital staff.

The Simulation Center is expected to be operational by the fall semester.

Officials broke ground on the Regional Academic Health Center project three years ago. At that time, IU President Michael McRobbie said the campus will serve as an economic engine and help address the shortage of healthcare providers.

Last month, the city of Bloomington released its master plan report for the site of the current IU Health Bloomington Hospital. The city plans to redevelop the site after the hospital moves operations to the new campus.