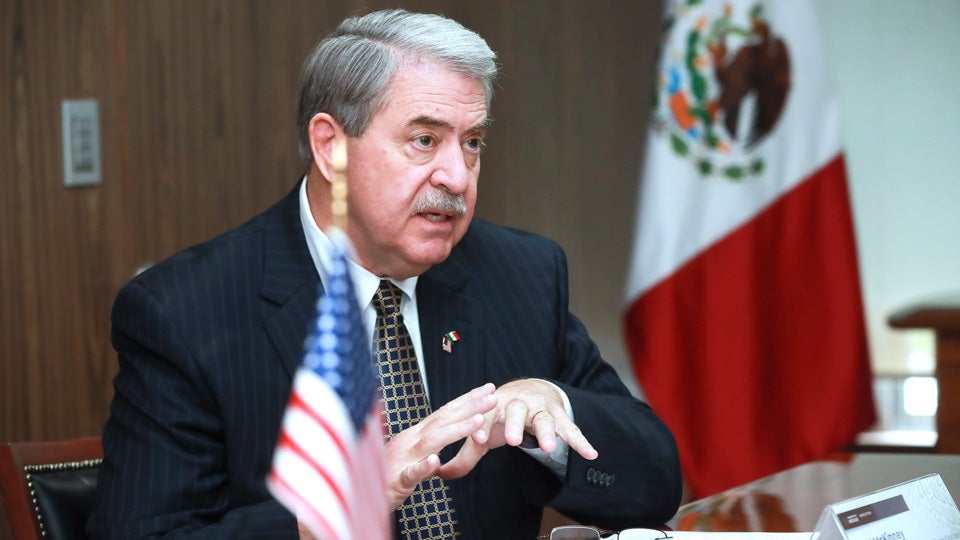 INDIANAPOLIS (Inside INdiana Business) — “We live in the best neighborhood on the globe,” says USDA Undersecretary of Agriculture for Trade and Foreign Agricultural Affairs Ted McKinney.

McKinney, who previously served as director of the Indiana State Department of Agriculture, says the new USMCA includes several wins for Indiana.”

The USMCA was signed in January to replace the 26-year-old North American Free Trade Agreement (NAFTA). In 2016, then-candidate Donald Trump campaigned on getting rid of NAFTA, which he called “one of the worst trade deals in history.”

“It’s the largest, fairest and most advanced trade deal ever reached by any country, and it will bring enormous prosperity to both American and Mexican workers,” Trump said in the Rose Garden.

“And we have greater access for our poultry, and Indiana is the number 2 or number 3 poultry state in the country,” says McKinney.

The USDA Undersecretary says Indiana dairy producers will also benefit from the trade deal. Canada had a dairy supply management system in place, allowing it to dump dry milk powder and butter on the world market which hurt prices.

The global pandemic has also had an impact on trade, especially with China. In January, the U.S. and China signed a deal that cut some U.S. tariffs on Chinese goods in exchange for Chinese pledges to purchase more American products, including agricultural goods.

“They are for sure behind,” in purchases of pork and soybeans says McKinney.

He says while the agreement was signed in January, it did not take effect until February. McKinney says it took another 6 weeks to work out some technical details. Then in March, COVID-19 hit. The pandemic stopped much of the global trade.

“But we still think there’s an opportunity to catch up,” says McKinney. “I am bullish. I believe they’ll get there. We have to give them that opportunity.”

In addition to celebrating the USMCA, McKinney says the U.S. this week launched negotiations with Kenya on a free trade agreement.

He says the U.S. is also about “a third” of the way in an FTA with the United Kingdom, which is still trying to finalize its separation from the European Union.

McKinney says the pandemic is keeping his and his team from traveling to these nations.

“Normally I’m on a plane, going to some country, to talk government to government or do trade promotion events. But we’re not doing that because of the fear of COVID is lingering, but we’ll get there.”