Train barrels into another in Pakistan, killing at least 51 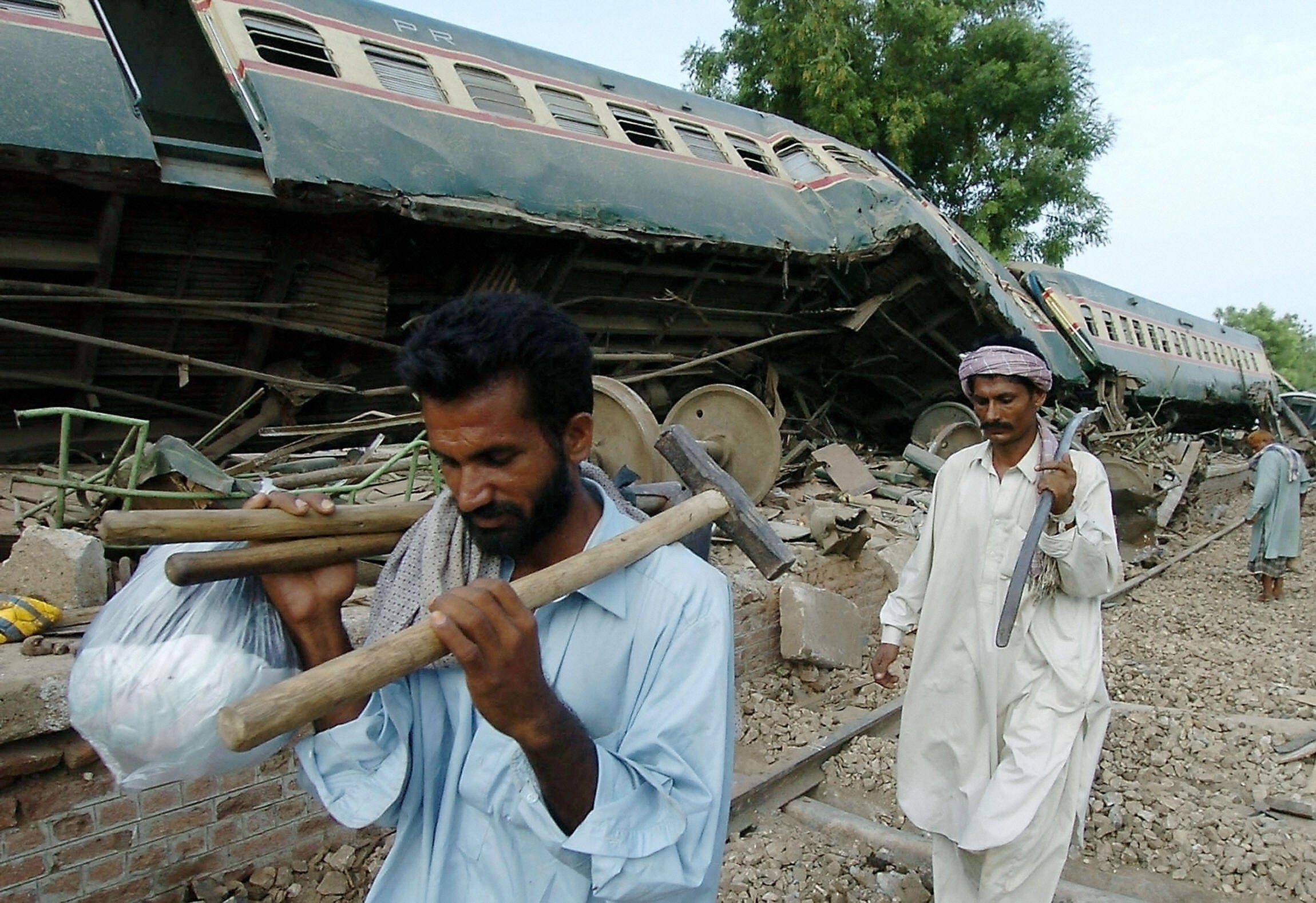 GHOTKI, Pakistan (AP) — An express train barreled into another that had derailed in Pakistan before dawn Monday, killing at least 51 people, authorities said. More than 100 were injured, and rescuers and villagers worked throughout the day to search crumpled cars for survivors and the dead.

Cries for help pierced the night as passengers climbed out of overturned or crushed rail cars, and continued to echo throughout the day at the scene in the district of Ghotki, in the southern province of Sindh. Heavy machinery arrived to cut open some cars, and more than 15 hours after the crash, rescuers were carefully removing wreckage as they looked for anyone who might remain trapped — though hopes were fading for survivors. The military deployed troops, engineers and helicopters to assist.

At around 3:30 a.m., the Millat Express train derailed and the Sir Syed Express train hit it minutes later, said Usman Abdullah, a deputy commissioner of Ghotki. It wasn’t immediately clear what caused the derailment, and the driver of the second train said he braked when he saw the disabled train but didn’t have time to avoid the collision.

“The challenge for us is to quickly rescue those passengers who are still trapped in the wreckage,” said Umar Tufail, a police chief in the district. The death toll steadily rose through the day, reaching at least 51, according to Abdullah.

Abdullah said the chances of finding any survivors from the badly destroyed coach were diminishing, but said lighting was being brought in so the rescue work could continue even during the night, if needed.

Officials said more than 100 passengers were injured, and those with critical injuries would be brought by helicopter to a nearby city’s hospital. According to railway officials, about 1,100 passengers were on board the two trains.

Earlier, Azam Swati, the minister for railways who headed to the scene of the crash, told The Associated Press that engineers and experts were trying to determine what caused the collision and that all aspects would be examined, including the possibility of sabotage.

Habibur Rehman Gilani, chairman of Pakistan Railways, told Pakistan’s Geo News TV that the segment of the railway tracks where the crash took place was old and needed replacing. He did not elaborate.

Aijaz Ahmed, the driver of the Sir Syed Express, told the station that on seeing the derailed train, he tried his best to avoid the crash by braking but failed. Railway officials said Ahmed was slightly injured, and villagers pulled him from the train’s engine after the crash.

Pakistani Prime Minister Imran Khan expressed his deep sorrow over the tragedy, saying on Twitter that he had asked the railway minister to supervise the rescue work and also ordered a probe into the crash.

According to local media, some of the passengers on the Millat Express were heading to a wedding party.

Mohammad Amin, one of the passengers on the Millat Express who had minor injuries, told the AP from a hospital that before the train departed from the southern port city of Karachi, he and his brother saw mechanics working on one of the cars.

That led them to believe there was something wrong with it but they were reassured all was fine. Amin said he believed the train car that was being worked on was the one that later derailed. Railway officials said they were recording statements of survivors, including the drivers.

Train accidents are common in Pakistan, where successive governments have paid little attention to improving the poorly maintained signal system and aging tracks.

In 1990, a packed passenger plowed into a standing freight train in southern Pakistan, killing 210 people in the worst rail disaster in Pakistan’s history.