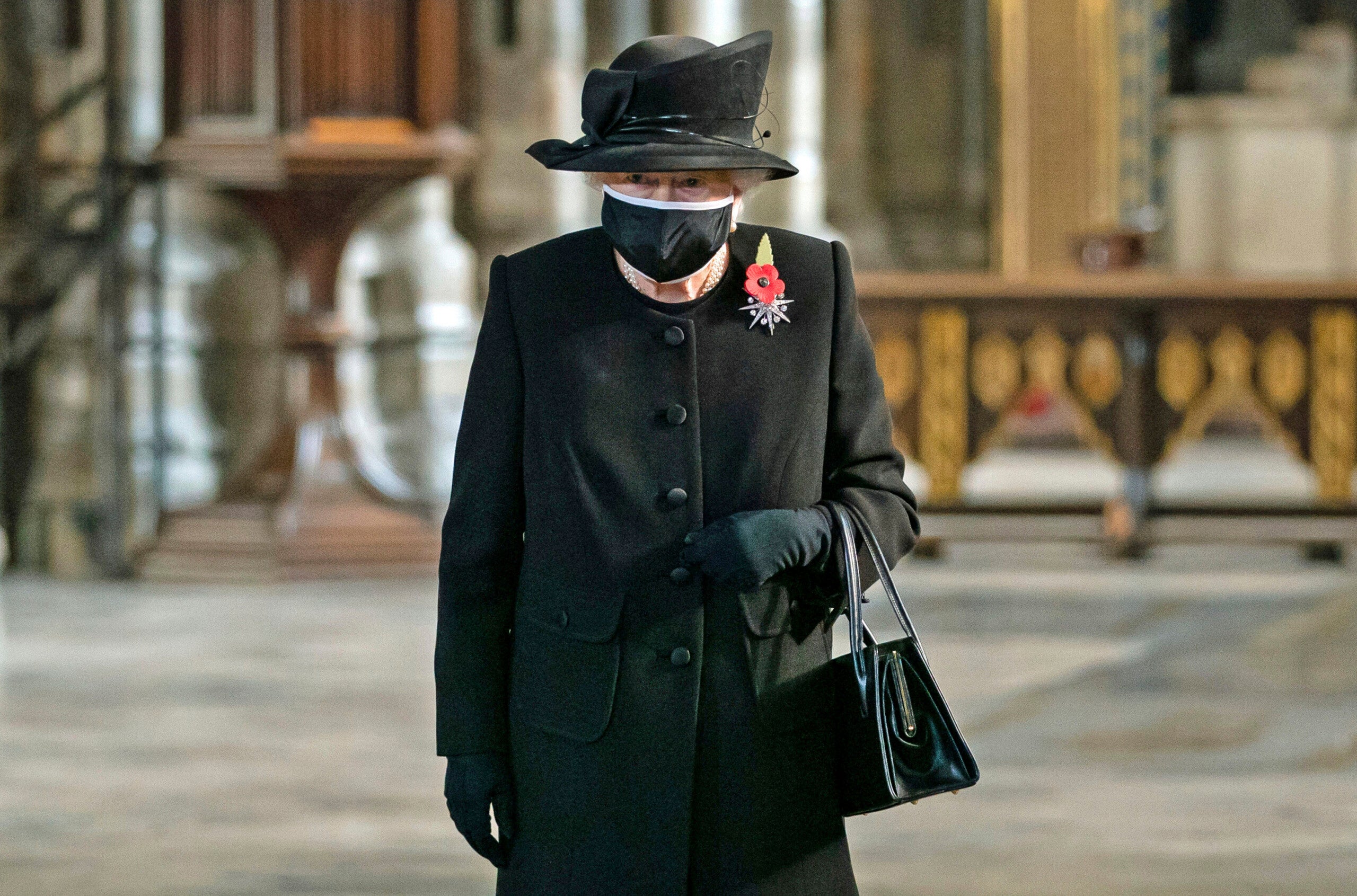 LONDON (AP) — Queen Elizabeth II donned a face mask in public for the first time during the coronavirus pandemic when attending a brief ceremony at Westminster Abbey last week to mark the centenary of the burial of the Unknown Warrior.

While the 94-year-old has been seen in public on several occasions over the past few months, she had not been pictured wearing a face covering until now.

On Wednesday, during her first public engagement in London since March, she wore a black mask that was edged with white. Pictures of the ceremony were officially released late Saturday.

“It was wonderful to see Her Majesty in such good spirits and good health,” Dr. David Hoyle, the Dean of Westminster, said after the service. “We talked about the centenary and the life of the abbey. This is the place where she was married and she’s conscious of those associations.”

The brief service was attended by just the dean and the queen’s equerry, Lieutenant Colonel Nana Kofi Twumasi-Ankrah. The queen left a bouquet of orchids and myrtle, based on her own wedding bouquet from November 1947. She bowed her head after a prayer from the dean.

The queen had requested a ceremony take place as the pandemic had derailed plans for the centenary of the interment of the Unknown Warrior.

The grave is the final resting place of an unidentified British soldier who died during World War I. His body was brought back from Northern France and buried at Westminster Abbey on Nov. 11, 1920.

The ceremony took place a day before a four-week lockdown came into force in England. As well as forcing the closure of an array of businesses, places of worship are having to operate within limits.

Face coverings are required by law in certain indoor settings such as on public transport, in shops and places of worship. The British government also recommends they are worn in indoor places where social distancing may be difficult and where people come into contact with those they do not normally meet.

Other members of the royal family have been seen regularly wearing face coverings during the pandemic. The queen was criticised for not wearing one last month when she visited the Defence Science and Technology Laboratory at Porton Down in southern England alongside her grandson Prince William.

The queen took the opportunity during her rare trip to London to visit Buckingham Palace, her official residence in the capital.

Before the U.K. was put into full lockdown on March 23, the queen and her 99-year-old husband, Prince Philip, moved to Windsor Castle, which is around 25 miles (40 kms) west of London.