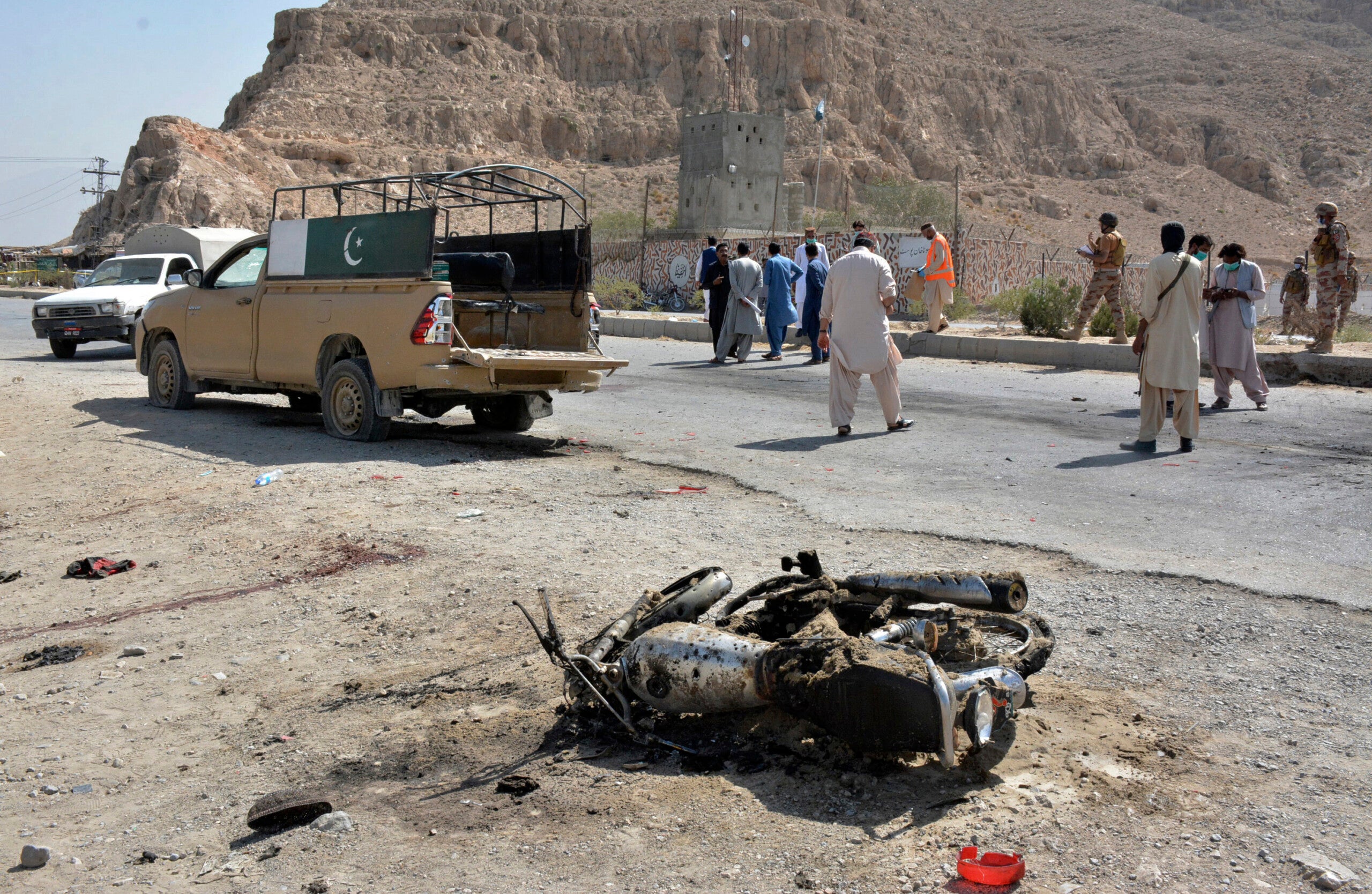 Security officials examine the site of suicide bombing in a checkpoint on the outskirts of Quetta, Pakistan, Sunday, Sept. 5, 2021. A suicide bomber detonated his explosives Sunday near the security checkpoint in restive southwestern Pakistan, killing few paramilitary troops and wounding more than a dozen, police said. (AP Photo/Arshad Butt)
by: Associated Press
Posted: Sep 5, 2021 / 06:36 AM EST / Updated: Sep 5, 2021 / 06:37 AM EST

A senior police officer said the attacker had walked toward the checkpoint Sunday manned by the paramilitary Frontier Corps on Quetta-Mastung Road, some 25 kilometers (15 miles) south of Quetta, the capital of Baluchistan province.

He said body parts were found at a distance from the security post after the bombing.

Some of the wounded were in critical condition and the death toll could rise.