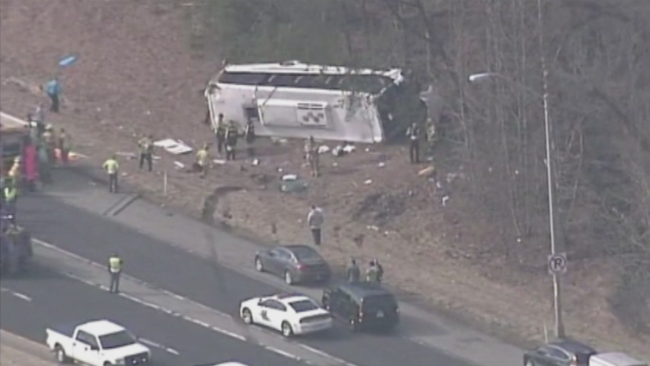 CLARK COUNTY, Ind. (WISH) — Investigators with the Indiana State Police have ruled that a bus crash involving the Indiana Tech bowling teams was due to driver error.

ISP says that the driver, 76-year-old Rex Altenburg of Fort Wayne, drove the bus off of the left side of the roadway for an unknown reason, then over-corrected. This caused the bus to spin clockwise and ultimately overturn more than 30 feet off the side of the roadway.

Investigators say that the on-board recording equipment stopped recording approximately two miles before the crash occurred. The recording that was available prior to the crash didn’t reveal any unusual behavior and confirmed the bus was travelling the posted 70 mph speed limit.

No medical or physical conditions involving the driver have been attributed to the crash.