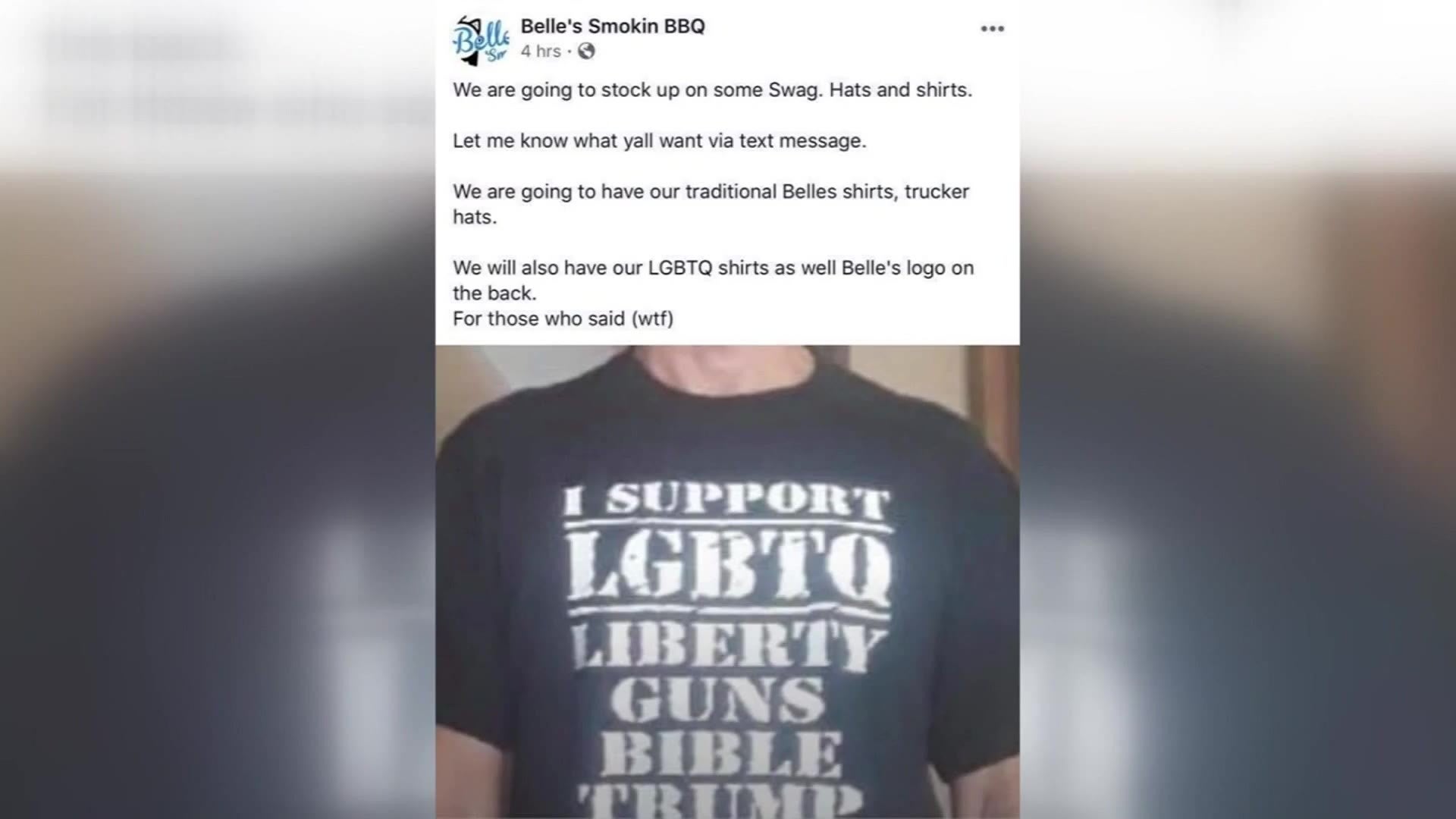 TAMPA, Fla. (WFLA/CNN) — A northern Kentucky barbecue food truck is getting a lot of heat after advertising its T-shirts on social media.

The owner of Belle’s Smoking BBQ took a play on the acronym LGBTQ and changed it to Liberty, Guns, Bible, Trump and BBQ. Some are calling the message insensitive and hateful.

“I found the acronym on Facebook and I just added the Q,” he said.

He said he has sold nearly 100 shirts, but decided to advertise it on Facebook on Thursday to get more sales.

“I posted the shirt today for new swag and it just went out of hand and it got blowed up,” Smith said.

Smith took down the message and replaced it with a statement, saying in part: “We apologize if we have offended any groups of people, organizations or individuals with our shirts. we respect all beliefs and lifestyles and want no ill will towards anyone.”

The restaurant is still selling the T-shirts.