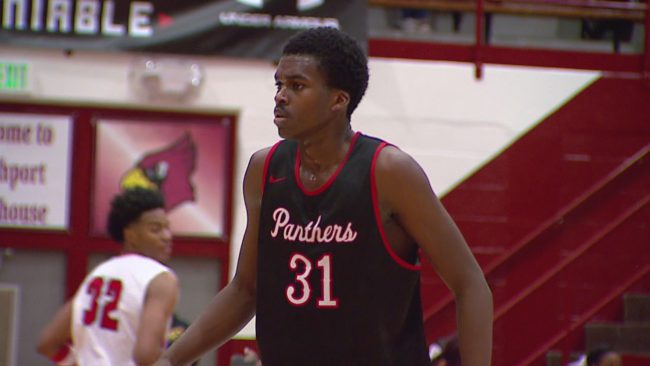 INDIANAPOLIS (WISH) — Many in the basketball community know the name Kris Wilkes by now. The 6’7″ North Central senior is averaging a double-double so far this season, leading the Panthers to a number one ranking in the state for several weeks this year. But Wilkes doesn’t put too much thought into outside recognition.

“I just try to win every game,” Wilkes said. “If I happen to get that double-double, it’s nice, but really it’s all about winning.”

Wilkes’ performance this season has made him the front runner for Indiana Mr. Basketball, a prestigious title held by three other North Central greats – Eric Gordon, AJ Ratliff, and Jason Gardner. But what separates the UCLA bound forward from his Panther alums?

“His position is just different. He’s a different kind of player,” North Central head coach Doug Mitchell said. “Eric Gordon was such a prolific shooter, and Jason Gardner was such a floor general. Kris, he does it kind of (like) a point guard position.”

One characteristic that makes Wilkes stand out from the rest is the length of his shorts, or the lack thereof.

“They feel comfortable to me, I like it,” Wilkes said of his shorter than normal shorts.

“That’s his thing man, that’s just who he is. He’s got his own drummer for sure, and that’s what he marches to,” Mitchell said.

While Wilkes’ potential as a basketball player rockets through the ceiling, the desire for his team to walk away with hardware takes precedent.

“This is my last year to do it, and I haven’t got it any of these other years,” Wilkes said.