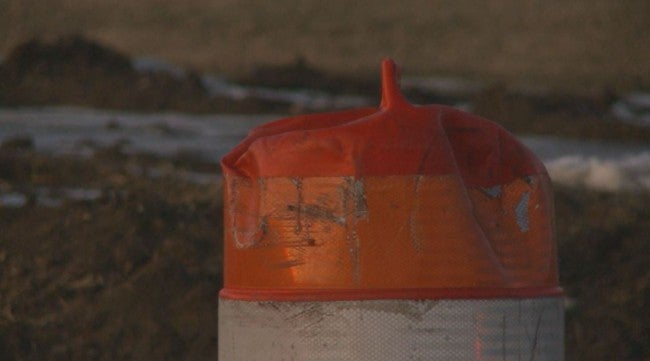 GREENWOOD, Ind. (WISH) — A busy road near Greenwood Park Mall will be even more congested this summer.

INDOT and Johnson County are working on a bridge repair project along Madison Avenue.

Jonathan Biggs, who delivers pizza near the mall, said he’s not looking forward to the construction that’s set to run from March to September.

“It’s going to cause a little bit of confusion for us because this is a main thoroughfare for us here at Domino’s,” Biggs said, “Because we’re going up and down Madison all day, every day.”

He said the road is already tough to navigate.

“Especially around five to six o’clock at night it can get pretty hectic due to the traffic,” he explained.

To repair the aging bridge over Pleasant Run Creek, Madison Avenue will be cut down from four lanes to two.

Johnson County and INDOT are working together on the $1.2 million project.

“This is a very busy area with the mall,” You are the Potter owner Christine Ressino said.

Her store’s main entrance is right off of Madison Avenue, so she’s worried that if it’s under construction people won’t even come in.

“I think people tend to take notice when there is construction and try to deter from coming to those particular areas,” she said.

County officials said they chose summer for this project to avoid holiday shopping season at the mall, but summer is Ressino’s busy time.

“Grandparents and parents [are] trying to entertain their kids during the summer, so I hope this doesn’t keep people from coming in,” she said.

Biggs is expecting more delays on his delivery routes, but he said he understands the reason behind the potential backups.

“If it’ll make it a safer bridge, then it’ll be good for us,” he said.

Construction is set to begin March 14 and wrap up in September.

If you’d like to ask questions yourself, INDOT and Johnson County are holding a public meeting February 25 at 6 p.m. at the Greenwood City Building.