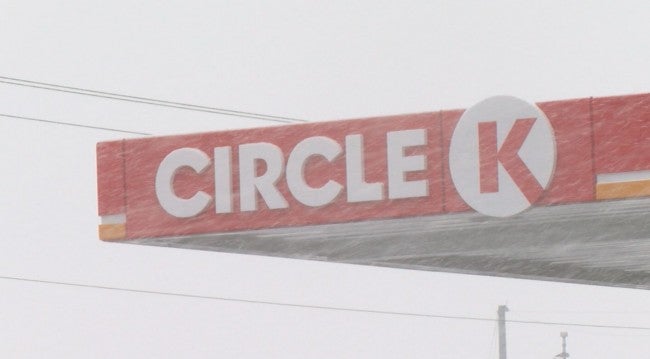 GREENWOOD, Ind. (WISH) — A new Circle K gas station in Greenwood has only been open for six weeks, but it’s been controversial since before it was built.

Residents didn’t want the store along Worthsville Road, but they couldn’t stop construction.

On Monday, Johnson County made a decision on whether that store can sell alcohol, something many residents fought against.

The Johnson County Alcohol Beverage Commission is recommending the Circle K be allowed to sell alcohol. That’s despite weeks of petitioning from area residents against the alcohol permit.

“I was unfortunately not surprised by the results of the vote today,” Greenwood resident Angela Stelljes said.

Stelljes is disappointed that the convenience store is one step closer to selling alcohol.

“I live within 1000 feet of the gas station, next year my children will be going to this school, and my church is right across the street,” she said.

She’s been organizing a petition from residents for weeks, asking the county to deny the permit. Her argument is that residents don’t want it because it’s too close to schools, a church, and homes.

“I was standing up for the years that this location will be here and all the different things that can happen and do happen at convenience stores,” she said.

She and the nearly 800 residents who signed the petition also had support of the Greenwood City Council.

“They’re very concerned about the impact this would have on their community,” Greenwood City Council Member At-Large Chuck Landon said.

In January, the council passed a resolution stating they also don’t want the alcohol permit to be granted.

If there is one bright spot, Stelljes is glad the county is recommending a shorter permit than usual.

“So how they compromised was just allowing a one year period to see how things kind of work out,” Stelljes said.

She and others in this area may appeal the county’s decision.

This decision by Johnson County to recommend approval of the permit now heads to the state.

WISH-TV reached out to Circle K for reaction after Monday’s vote and the representative said “no comment.”