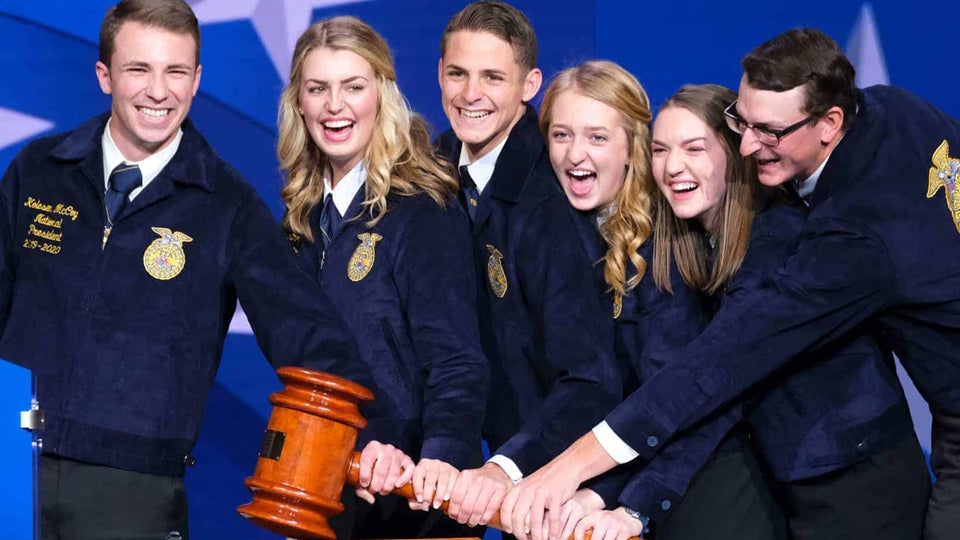 INDIANAPOLIS (Inside INdiana Business) — The 93rd annual National FFA Convention & Expo is just under six months away and organizers are still planning to host the event as scheduled in downtown Indianapolis. But considering the COVID-19 pandemic, the FFA events management team is developing multiple contingency plans, including an outright cancellation of the on-site event.

“We have the benefit of time,” said Mandy Hazlett, associate director of convention & events for FFA.

The convention is scheduled for October 28-31, giving the Indianapolis-based organization 167 days from Thursday to organize the event and open the gates to about 70,000 attendees.

Between hotel rooms and restaurant visitors, the event has an estimated economic impact $40 million for the city.

In an interview with Inside INdiana Business, Hazlett said no firm date has been set as to when FFA must decide if or when to cancel the convention.

“We know we’ll have to make that decision sometime this summer, but we don’t have a big red X on a specific date yet, because so many other entities have to make decisions for us to make a sound decision on our part,” explained Hazlett.

The veteran events manager said some of those entities include other state’s governors and their decisions to reopen. The convention draws members from all 50 states, as well as Puerto Rico and the U.S. Virgin Islands.

“In Indiana, we seem to have a full green light come July 4, so we’re looking at what those (guidelines) are in each of the states,” said Hazlett. “But we’re also waiting to hear what Departments of Education are deciding in each of those states in terms of what students will be allowed to do.”

She said they are also seeking updated guidance from the U.S. Centers for Disease Control and Prevention.

Another factor facing Hazlett is support from corporations that sponsor events at the convention. Some of those companies have travel bans in place, but that could change by October.

“Spending time talking with all of those companies and seeing what’s happening in business and industry and learning what careers are out there, that’s a big part for students traveling through the expo.”

While it may seem the organization is in a holding pattern as it awaits more information from stakeholders, Hazlett’s team is developing a plan B which includes more virtual events.

“We’re taking advantage of the time to make sure we’re really thinking through every single angle to make sure what we do offer, whether it’s in-person or online, that the students are getting a good experience this year no matter what.”

FFA expects attendance will be lower, even if an on-site convention takes place. With fewer attendees, revenue will also be down. Hazlett said that factor is being also considered in the virtual world.

As FFA continues to seek input from government agencies, corporations, and school systems, logistical work continues throughout the organization, hoping for the best but preparing for the worst.

“We’re still full steam ahead, but we’re also planning for other ways to deliver the convention,” said Hazlett. “We’re working on some different virtual options that we will put into this year’s convention, because we don’t want those students who can’t make it, to completely miss out.”