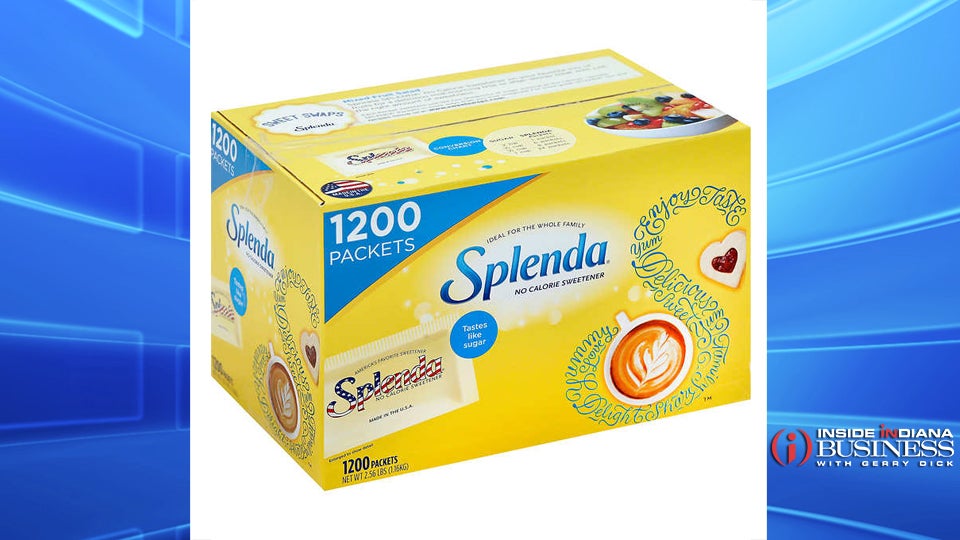 CARMEL, Ind. (Inside INdiana Business) — As the coronavirus outbreak creates concern around the globe, it’s hitting close to home for at least one Indiana-based company.

Carmel-based Heartland Food Products Group produces Splenda – those little yellow packets of sweetener – which is made at a manufacturing plant in Indianapolis.

Several national media outlets were reporting last week the zero-calorie sweetener was made in China and impacting the production of Diet Coke.

In an interview with Inside INdiana Business, Heartland Chief Executive Officer Ted Gelov said the reporting was wrong.

“We are proud, extremely proud of our made in the USA heritage,” said Gelov. “All of the Splenda yellow packets that you find on the tabletop at restaurants and in grocery stores are produced right here in Indianapolis for North America.”

The Indiana company said Coca Cola sources its sucralose from both the U.S. and China, which led to the speculation that Splenda was being sourced from China for its diet products.

“That’s not the case and all Splenda is ‘Made in the USA,’” said a statement from the company.

Heartland FPG sources its ingredients from United Kingdom-based Tate and Lyle, which originally developed sucralose in the 1970s. The company has several manufacturing plants in the Midwest, including one in Lafayette.

Gelov says the essential ingredient of sucralose is produced at a plant in Alabama. But the final product is produced in Indianapolis.

“We do important work and we make good products that consumers can enjoy,” said Gelov. “We employ a lot of people and you don’t want to have misstatements like that impact your business.”

The company employs about 900 Hoosiers who produce approximately 15 billion packets annually out of the Indianapolis facility, said Gelov.

“We’re proud of how we make our products and that we’ve invested so strongly in our Indiana community.”

Gelov says there are other generic brands of artificial sweeteners that can be found in yellow packets. But he says those packets are made in China.

“Only yellow sweetener packets with the Splenda name are 100% made in the USA.”