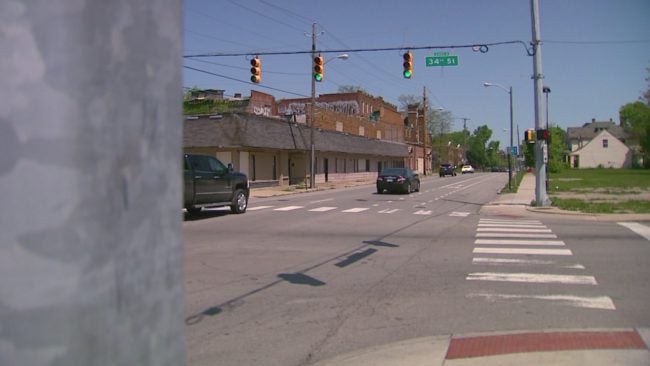 INDIANAPOLIS (WISH) — On Thursday, Reverend Charles Harrison walked near the intersection of 34th Street and Illinois Street. The Ten Point Coalition leader expressed optimism after sharing some of the latest statistics in the area called Crown Hill.

“As of today, we have gone 181 days, or six months, without a homicide,” said Rev. Charles Harrison.

Ten Point also patrols the Butler-Tarkington area. For 205 days there hasn’t been a homicide there.

Harrison has attributed the Indianapolis Metropolitan Police Department, community involvement and one-time troublemakers with helping to curb the violence on the west side.

Recently Ten Point has been called to Muncie to help residents mobilize to address crime in the area.

A group near 42nd Street and Post Road is currently trying to form its own group to help address violence in the area. Representatives for Mothers Against Gangs are asking Ten Point for assistance.

“We need that. I have seen the difference in the way they work with the west side,” said Amy Harwell, who is the president of OneVoice Brightwood and Martindale.

Harwell is working to get Ten Point involved in her neighborhood. Recently IMPD has been investigating the murder of 18-year-old Anthony Morris, who was shot and killed near 30th Street and Baltimore Avenue.

Harwell believes Ten Point can make a difference in the area where Morris was shot and killed.

No word yet if Ten Point will patrol Brightwood and Martindale area.