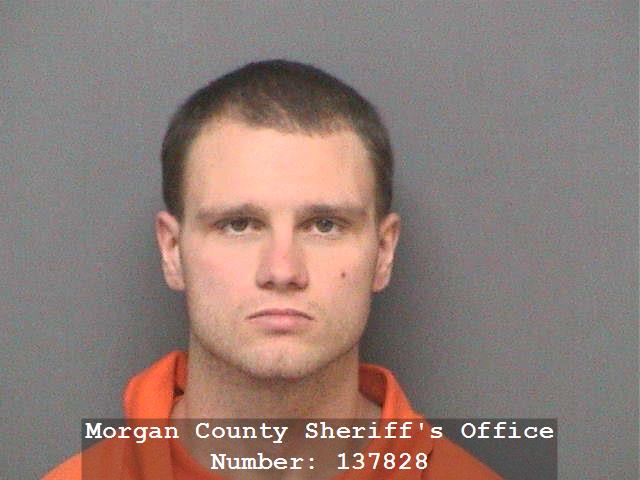 MOORESVILLE, Ind. (WISH) – A sex offender’s stroll through Mooresville High School has landed him back in jail.

25-year-old Kenneth Trisler faces two felony charges, one for criminal trespassing and the other for unlawful entry by a serious sex offender.

The incident happened Tuesday evening after school was already out. Court documents state student athletes were still in the building. And if it wasn’t for an observant, quick-thinking coach Trisler might not have been caught.

“It’s a very scary situation being a parent,” said Tiffany Kennedy. That was the thought running through her mind after she got an email alert about an unwanted visitor who was at Mooresville High School.

“I give all my props to Mooresville schools for keeping our kids safe, noticing it quickly that something wasn’t right and taking care of them,” she said.

School officials said Tuesday, a door was left unlocked waiting for the arrival of a sports team.

According to court documents, an athletic coach noticed two people walk inside who didn’t belong. Police said one of them was Trisler.

“It was little uneasy to think someone was able to get into the school,” said parent Candy Vanet.

Courts documents state the men walked through the school for two minutes, then left.

By then coach already notified a school resource officer who then called Mooresville police.

Using a description of the men, police were able to spot them not too far from campus. The documents state that the officer asked dispatch to research if the men had a history of trespassing. Trisler had been arrested for trespassing in 2008. After the officer put Trisler in handcuffs, he then learned Trisler was considered a “violent sex offender.”

Susan Haynes, Communications Director for Mooresville School, said, “It’s concerning when there’s anyone who comes into the school who is not supposed to be there.”

In 2009, Trisler was convicted of molesting a child under 14 years old. He also has a history of being arrested for theft, though some of the charges were dismissed. He was charged in 2013 for failing to register as a sex offender.

“We want any student, staff member, parent, visitor to our school if they see something that they feel is unusual or suspicious, we would want them to say something,” said Haynes.

Clearly, at Mooresville Schools, they practice what they preach.

“I couldn’t commend them more for protecting and watching over our students,” Kennedy said of the staff at the high school.

by: Annessa Chumbley / 28 mins ago