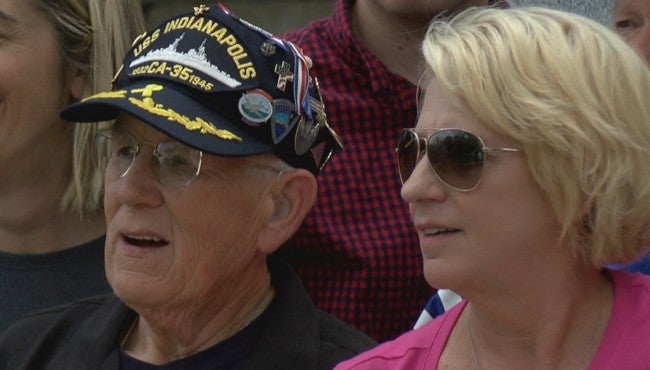 INDIANAPOLIS (WISH) — Dozens of families were downtown this weekend to mark the anniversary of the sinking of the USS Indianapolis.

The traditional wreath and rose ceremony was held Sunday at the USS Indianapolis Monument on the Canal Walk.

Only 316 people survived. Those men and their families have been reuniting in Indianapolis since 1960.

Sunday’s ceremony included 14 families of those lost at sea.