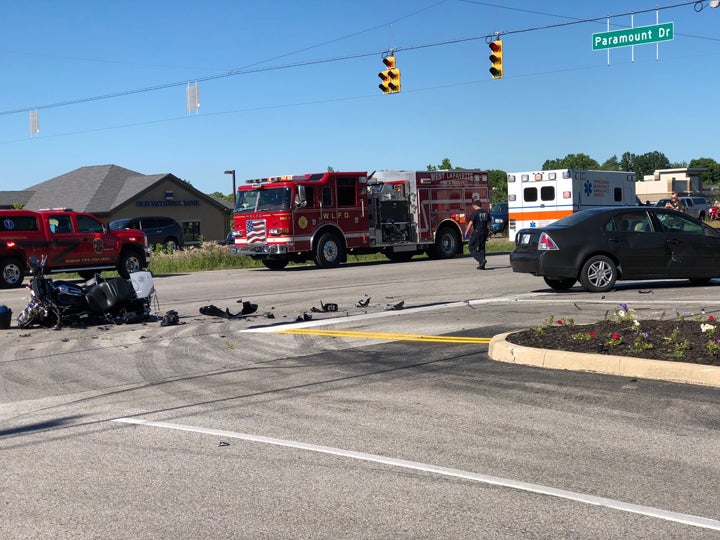 WEST LAFAYETTE, Ind. (WLFI) — A Saturday afternoon crash involving a car and a motorcycle has left a man dead, and a woman in the hospital.

According to the Tippecanoe County Sheriff’s Office, two people on a motorcycle were traveling east on Sagamore Parkway when they came through the intersection at Paramount Drive. A car was turning left into the Avenue South Apartments and hit the motorcycle.

Deputies said both vehicles had a green light, but the car failed to yield, causing it to crash into the motorcycle, which ejected both passengers.

Authorities said on Saturday that alcohol and drugs were not a factor in the crash.