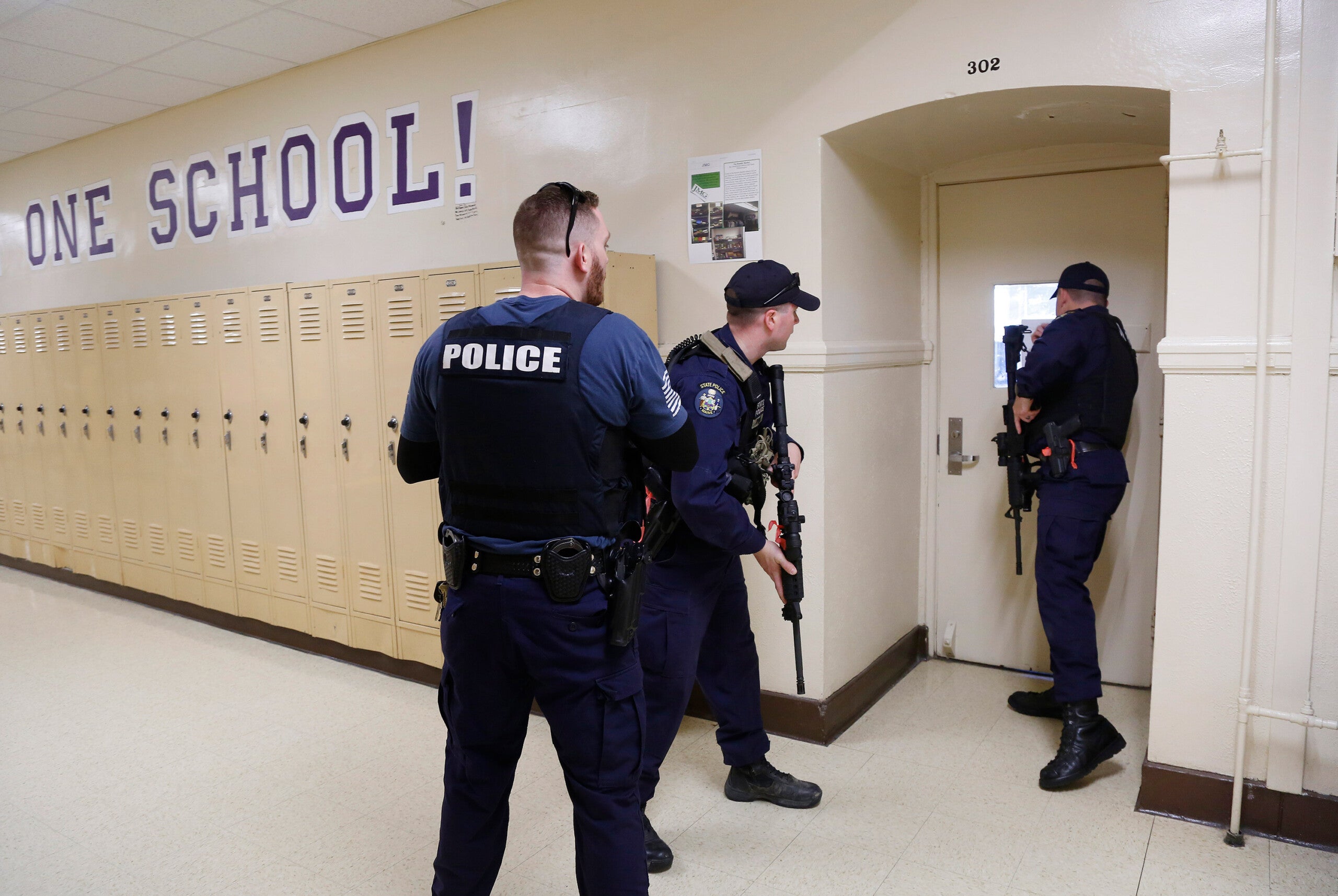 The American Academy of Pediatrics (AAP) outlined the risks of active shooter drills that simulate an attack or drills that students believe are real crises in a policy statement this week. Both types of drills can cause students psychological harm and may even hinder the decision making of school faculty in real crises, the AAP said.

More research is needed on how to best prepare students and faculty for a school shooting, the association said. Children and teens should be involved in some drills that prepare them for crises, the AAP said, but not when participating in those drills could do more harm than good.

Typical active shooter drills might have students hide in a part of their classroom and keep quiet. More intense variations may stage a shooting, and some may even be conducted without prior warning to students and parents.

In its policy statement, published in the journal Pediatrics, the AAP advised against “high-intensity” active shooter drills, which may use real weapons, gunfire and makeup made to look like gunshot wounds or blood.

Active shooter drills are often planned without the input of experts who can address the needs of young children, children who’ve experienced trauma and disabled children. Students should only be included in drills that are designed for their benefit, the AAP said, not just for the benefit of faculty.

Active shooter drills are meant to prepare faculty and students for the potential of a school shooting, but some of the tactics they teach may be dangerous. The AAP said such training may give children and adults the “illusion of control” if they’re in crisis, which could put them in harm’s way or could harm others.

There’s evidence, too, that intense drills could even hinder decision making by adult staff: The AAP cited a study by a school safety nonprofit that conducted over 8,000 video and audio drills. The nonprofit found that school staff who completed active shooter training designed to help them make decisions in the moment were nearly twice as likely to make the wrong decisions in a crisis compared to untrained staff who relied on common sense.

“It is possible, and even likely, that other well-intentioned preparedness efforts may inadvertently cause children and adults to place themselves in additional danger in a crisis situation,” the AAP said. “Children (and adults) might be taught to fight a heavily armed intruder, when fleeing or hiding would be a more appropriate response.”

Then there’s the drill that students aren’t prepared for. The AAP described an experience at a high school that “deceived” its students into believing they were in an active shooting. Students vomited, fainted and even wrote “farewell notes” to their parents when they believed they were being attacked. Children escaped by jumping over fences and stampeded in hallways.

Such high-intensity crises may cause students to view adults and peers as “potential killers” and could heighten their anxiety. The AAP recommended schools eliminate drills that “deceive” students and parents.

Future drills should incorporate student input, the AAP said, and students should be allowed to opt out of drills if they feel uncomfortable.

Active shooter drills have become an increasingly normal part of school curriculum for American students. During the 2015-2016 school year, about 95% of schools drilled students on lockdown procedures, according to a report from the US Department of Education.

But teachers and gun safety advocates alike have decried them as traumatic. In February, when classes were still being conducted in-person, the American Federation of Teachers and the National Education Association partnered with Everytown for Gun Safety, a coalition working to end gun violence, to publicly condemn active shooter drills in schools.

Everytown cited the lack of research into the efficacy of active shooter drills and criticized school districts for paying thousands of dollars to for-profit companies touting unproven techniques. The funds would be better spent on improved mental health programs, security upgrades and threat assessment programs, the coalition said.