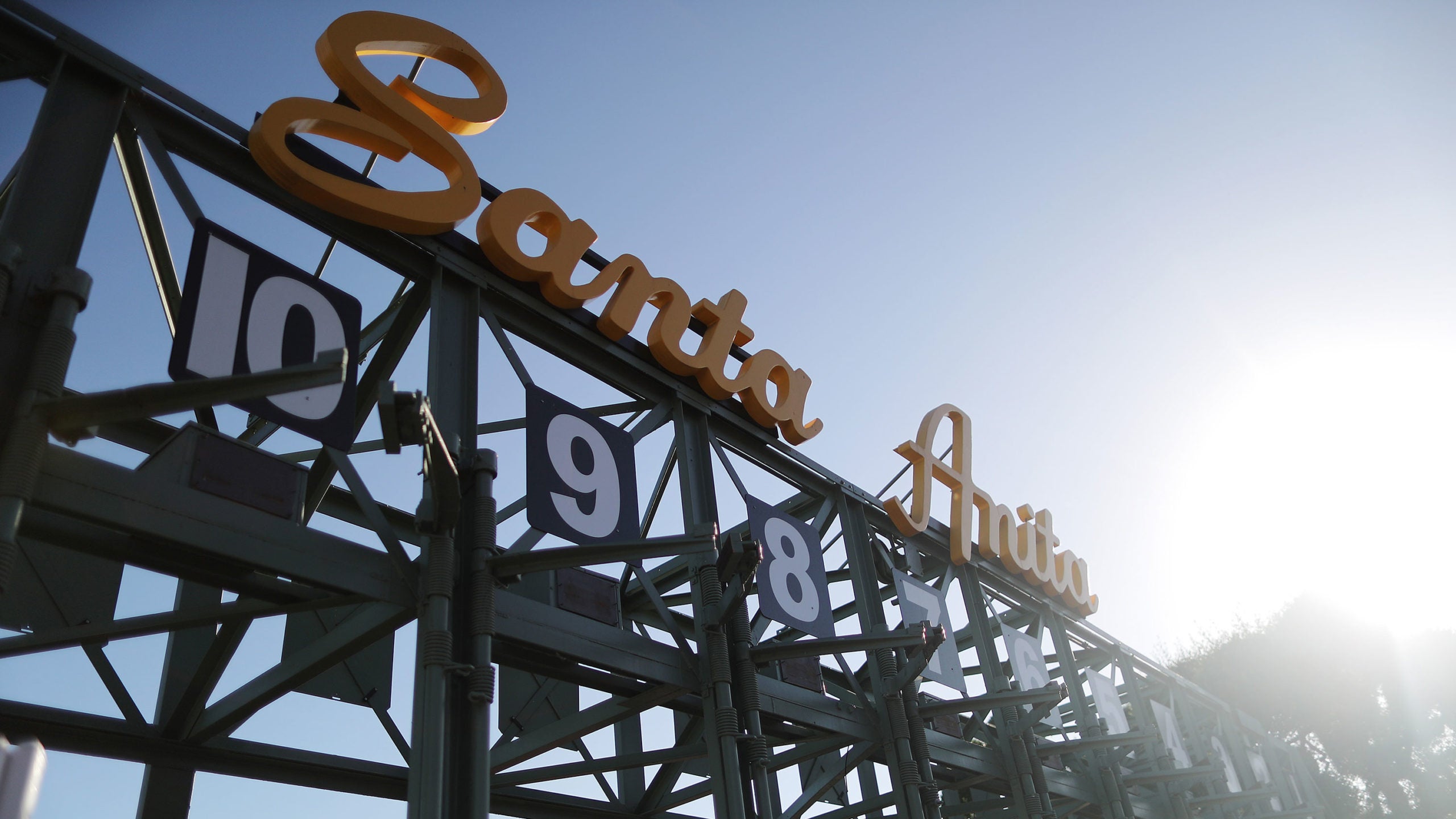 ARCADIA, CALIFORNIA - JUNE 23: A starting gate stands outside the track on the final day of the winter/spring horse racing season at Santa Anita Park on June 23, 2019 in Arcadia, California. Santa Anita ownership banned a Hall of Fame trainer yesterday following the death of a fourth horse from his stable at the track. It was the 30th race horse to die at the famed racetrack since December 26. (Photo by Mario Tama/Getty Images)
by: Jay Croft and Hollie Silverman, CNN
Posted: Mar 1, 2020 / 03:11 PM EST / Updated: Mar 1, 2020 / 03:12 PM EST

(CNN) — Santa Anita Park in California says it euthanized a horse Saturday, bringing to eight the number of equine deaths this year.

Chosen Vessel, a 5-year-old gelding, suffered a fracture of the left front ankle while on the turf course, a park report says.

X-rays showed the horse could not recover, and the attending veterinarian recommended to put the animal down, the report said.

That sparked a task force to investigate scores of horse deaths dating back to 2018. But late last year, the Los Angeles County District Attorney’s office announced that the panel found no animal cruelty or criminal activity.

When Santa Anita reopened for racing in late March 2019, there were numerous changes: Trainers had to apply two days in advance before working out a horse; jockeys had to replace whips with softer “cushion crops,” and restrictions on steroids, anti-inflammation drugs and race-day medications were instituted.

Including Chosen Vessel, at least eight horses have died at Santa Anita in 2020. And a horse was euthanized December 26, two days before season’s first races.

Seven of the nine since late December died after fractures. One died of a “probable cardiac event,” and another died after a collision with another horse, the track said.