Dozens of US Marines in Japan’s Okinawa get coronavirus 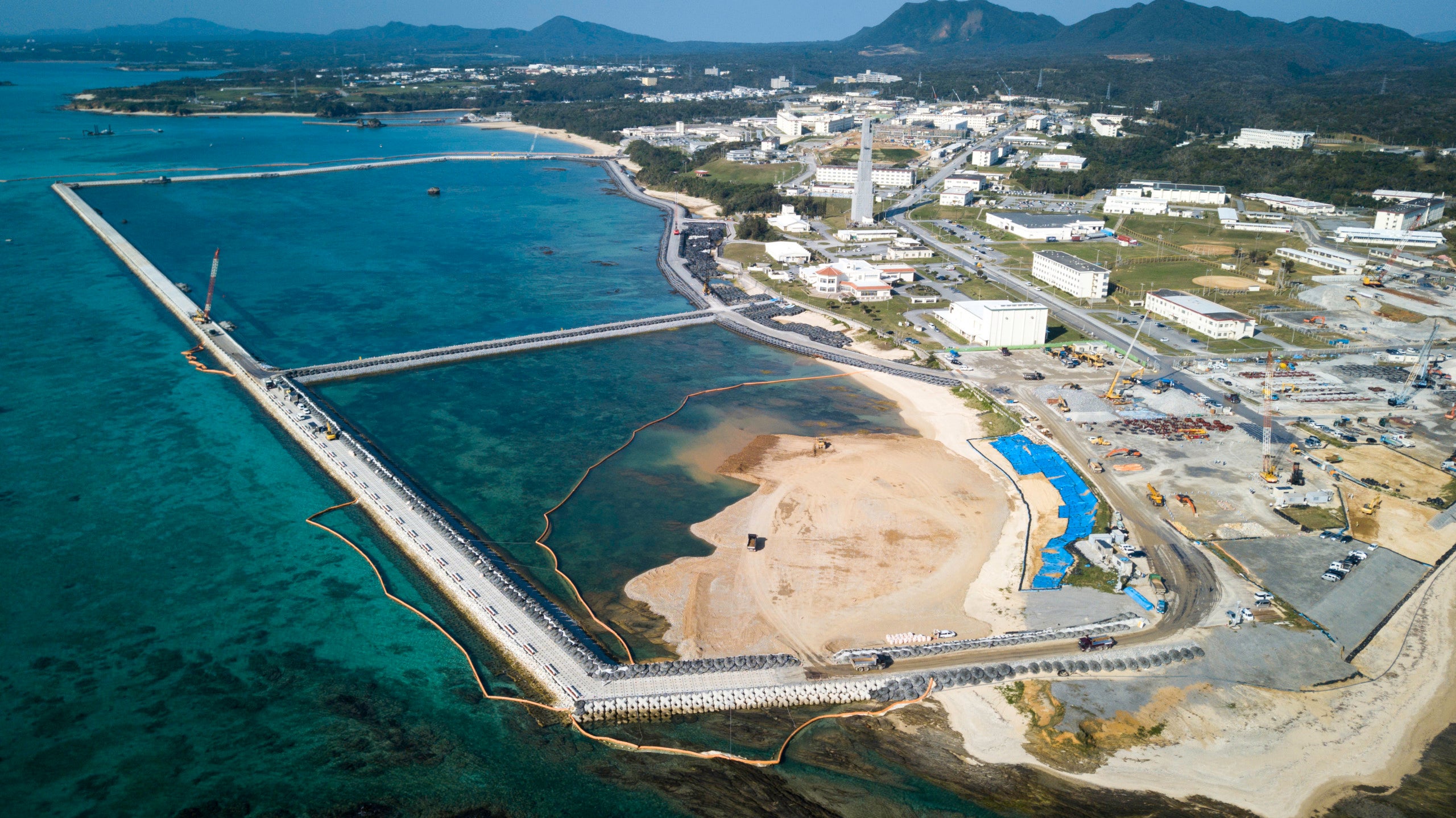 In this aerial image shows a landfill work preparing the area for the relocation of the U.S. Marine Corps Futenma Air Station in Henoko district of Nago, Okinawa Prefecture, Japan on January 15, 2019.(Photo by Richard Atrero de Guzman/NurPhoto via Getty Images)
by: By MARI YAMAGUCHI Associated Press
Posted: Jul 11, 2020 / 08:47 AM EST / Updated: Jul 11, 2020 / 08:47 AM EST

TOKYO (AP) — Dozens of U.S. Marines have been infected with the coronavirus at two bases on the southern Japanese island of Okinawa in what is feared to be a massive outbreak, Okinawan officials said Saturday, demanding an adequate explanation from the U.S. military.

Okinawa prefectural officials said they could say only that a “few dozen” cases had been found recently because the U.S. military asked that the exact figure not be released. The outbreaks occurred at Marine Corps. Air Station Futenma, which is at the center of a relocation dispute, and Camp Hansen, Okinawan officials said.

“Okinawans are shocked by what we were told (by the U.S. military),” Okinawa Gov. Denny Tamaki told a news conference. He questioned disease prevention measures taken by the U.S. military and renewed his demand for transparency regarding the latest development.

Okinawan officials asked the U.S. military on Friday to provide the number of cases and other details in order to address growing concerns among local residents, Tamaki said.

The Marines said in a statement Friday that the troops were taking additional protective measures to limit the spread of the coronavirus and were restricting off-base activities. The statement said measures are “to protect our forces, our families, and the local community,” without providing details on the infections.

Okinawa is home to more than half of about 50,000 American troops based in Japan under a bilateral security pact, and the residents are sensitive to U.S. base-related problems. Many Okinawans have long complained about pollution, noise and crime related to U.S. bases.

Okinawans also oppose a planned relocation of the Futenma air base from the current site in a densely populated area in the south to a less populated area on the east coast.

Local media reported that the Okinawan assembly adopted a resolution Friday protesting the U.S. military’s lack of transparency about its outbreak on base, and that local officials were considering demanding shutdowns of Futenma and Camp Hansen.

Okinawa has about 150 cases of the coronavirus. In all, Japan has about 21,000 cases and 1,000 deaths, with Tokyo reporting more than 200 new cases for a third straight day Saturday.