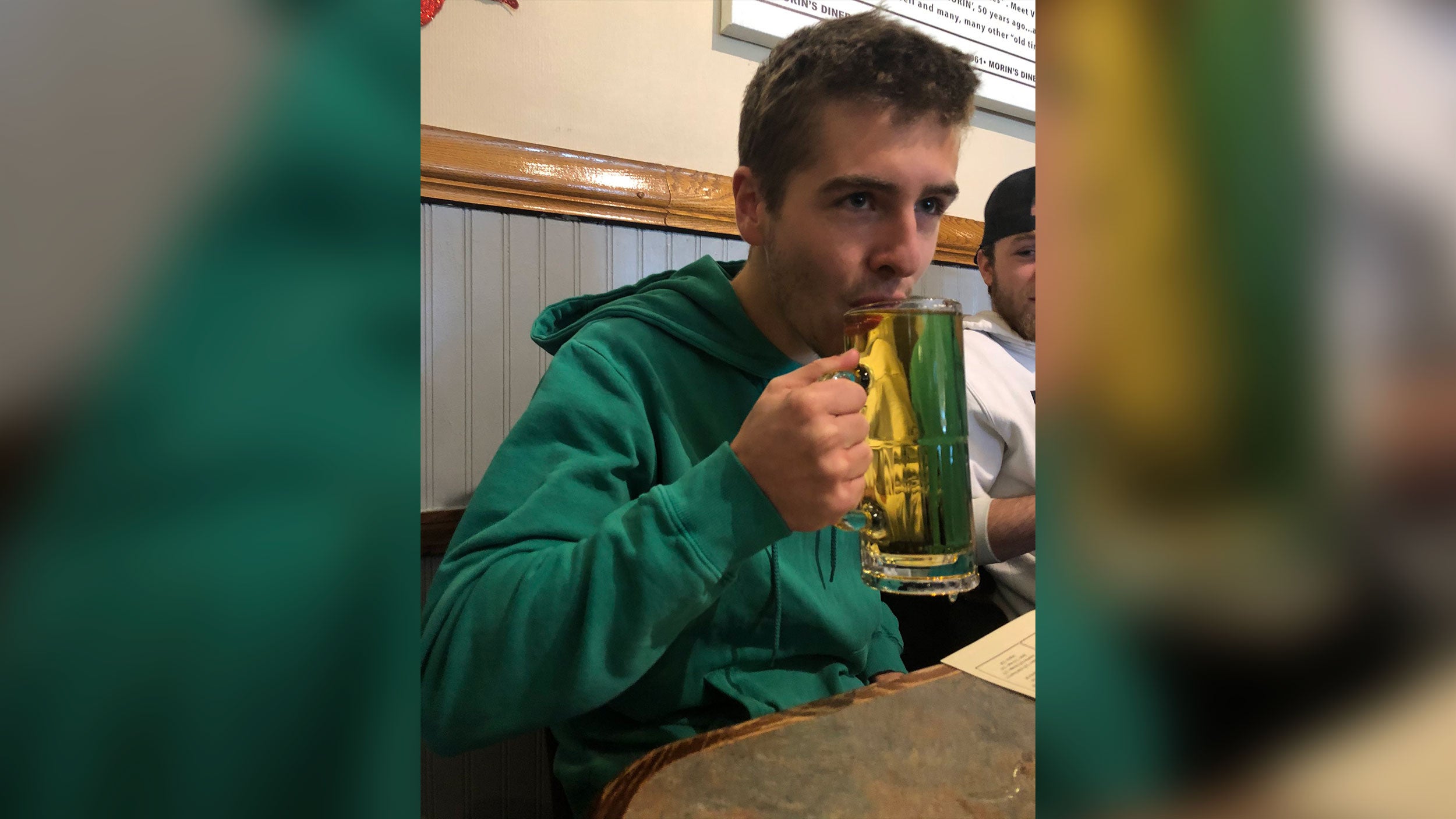 (CNN) — When Matt Goodman turned 21, he wished his father could have been there to celebrate with him.

Little did he know that his dad, who had passed away six years earlier from esophageal cancer, had already made plans to attend — not in person, but in spirit.

John Goodman left his son a $10 bill to buy his first beer, a secret his mom and sister kept from him all those years.

On December 6, the Taunton, Massachusetts resident used the money to have his first legal drink.

“Knowing that he thought about a future big moment in my life meant everything, because even being gone he still did whatever he could to make my 21st birthday,” Goodman told CNN. “It was probably the best present I’ve ever gotten.”

When he was alive, John Goodman made sure to never miss a big moment in his son’s life. He was there for every game, every birthday and every heartbreak. Buying his son his first beer only made sense.

“Not having him around has obviously been the toughest thing in my life since he was my best friend,” said Goodman. “He was a huge goofball that would do anything in the world to make me happy.”

After finishing his beer, Goodman shared the heartwarming story on Twitter, where it garnered more than 540,000 likes.

“Cheers pops havin’ this one for you!” he captioned a photo of the $10 bill and him drinking the beer.

The post went viral and even caught the attention of beer-making giant Budweiser, who sent Goodman eight cases of beer.

“We’re raising one to your pops, Matt. He got your first beer and the next one’s on us,” Budweiser tweeted in response to Goodman’s post.