Where dozens of large wildfires are burning across US right now 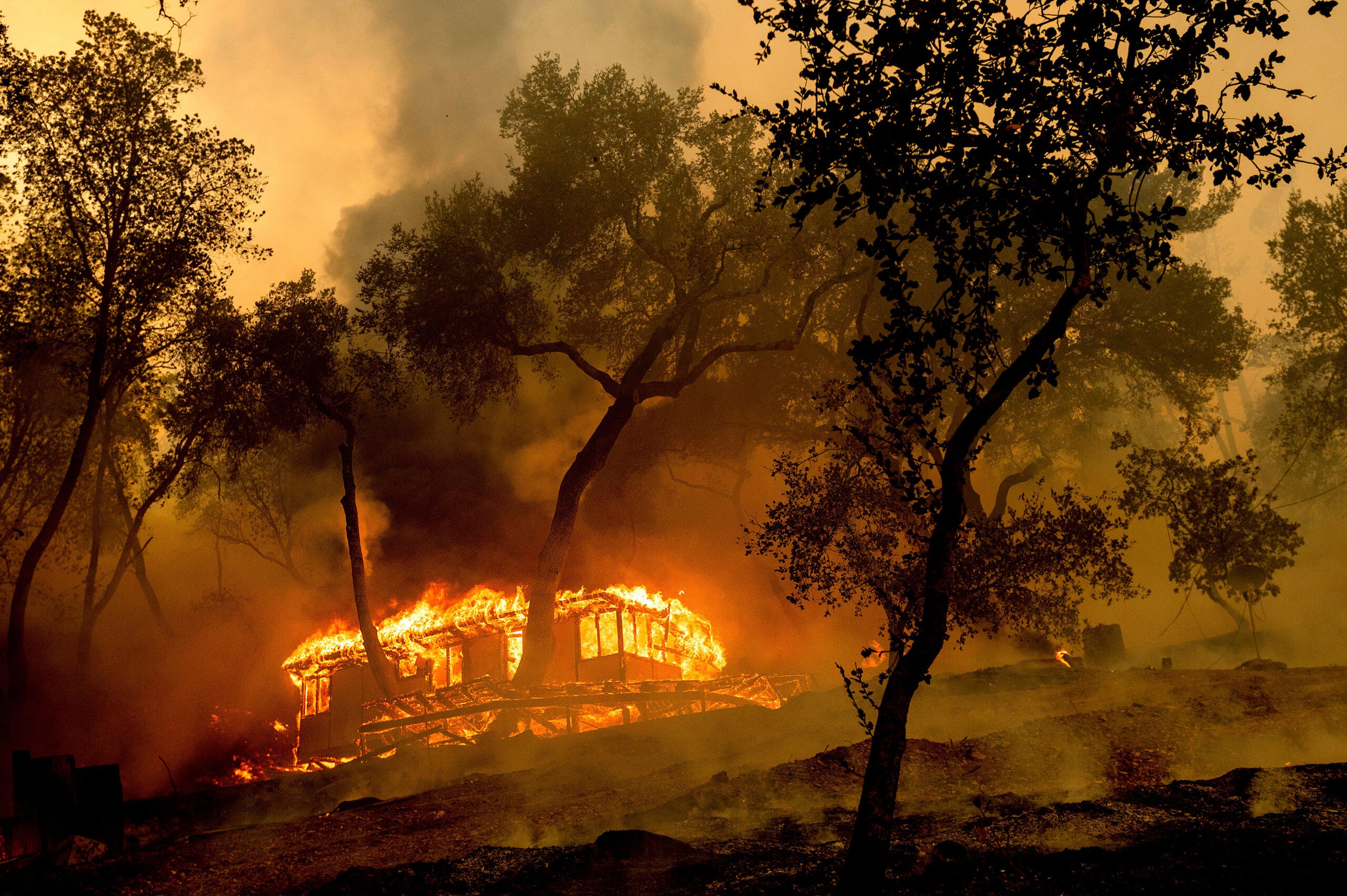 (CNN) — While people in the West are suffering through record-breaking heat, wildfires are ravaging many areas, especially in California, and red-flag warnings have been issued from the Northwest into the Rockies.

There were at least 77 large complexes of wildfires burning in 15 states across the country as of Tuesday evening — almost a third of them in California, according to the National Interagency Fire Center.

The fires have burned at least 649,054 acres in the 14 states where fires are still spreading, according to the NIFC.

Some 45 million people remain under some sort of heat warning or advisories, and no reprieve from the record heat in the West is expected until the weekend.

Most of California and some surrounding areas are under an excessive heat warning from the National Weather Service.

Here’s where the largest of the fires have been reported as of Tuesday evening, according to the NIFC, which counts area fires as complexes, not single fires. These numbers will be updated as soon as new data is available.

Cause: Lightning strikes have caused most of the 331 fires reported this year to date, according to the Alaska Interagency Coordination Center.

Cause: A lightning strike caused the largest, the Cassadora Springs Fire, according to information on InciWeb Information System.

Cause: The August complex, made up of 20 individual fires, was caused by lightning strikes in the Mendocino National Forest, according to information on InciWeb Information System.

Smoke is covering much of Colorado, and the Denver metro area is under an air quality alert.

Cause: The Pine Gulch Fire, the largest burning now, was caused by lightning, according to an incident report on InciWeb.

Number of fires: One

Cause: The cause of the Muldoon Fire, which has burned about 400 acres, is under investigation.

Cause: The Bear Creek Fire was caused by lightning. It’s burned more than 7,500 acres.

Number of fires: Two that are totally contained, meaning they are no longer spreading.

Size: They burned more than 14,000 acres before they were contained.

Cause: Lightning caused the Poodle Fire, which has burned more than 13,600 acres.

Cause: Lightning also caused the Dark Canyon Fire, which has burned more than 3,000 acres.

Cause: The cause of the Indian Creek Fire is under investigation. It’s burned more than 14,000 acres.

Number of fires: One

Cause: The Taylor Pond Fire was caused by lightning, according to a Facebook post by the Southeast Washington Interagency Incident Management Team. It’s burned almost 38,000 acres.

Cause: The Waddle Creek Fire, on the border with Montana, is still under investigation, according to CNN affiliate KULR.

IPS Board Meetings / 16 mins ago