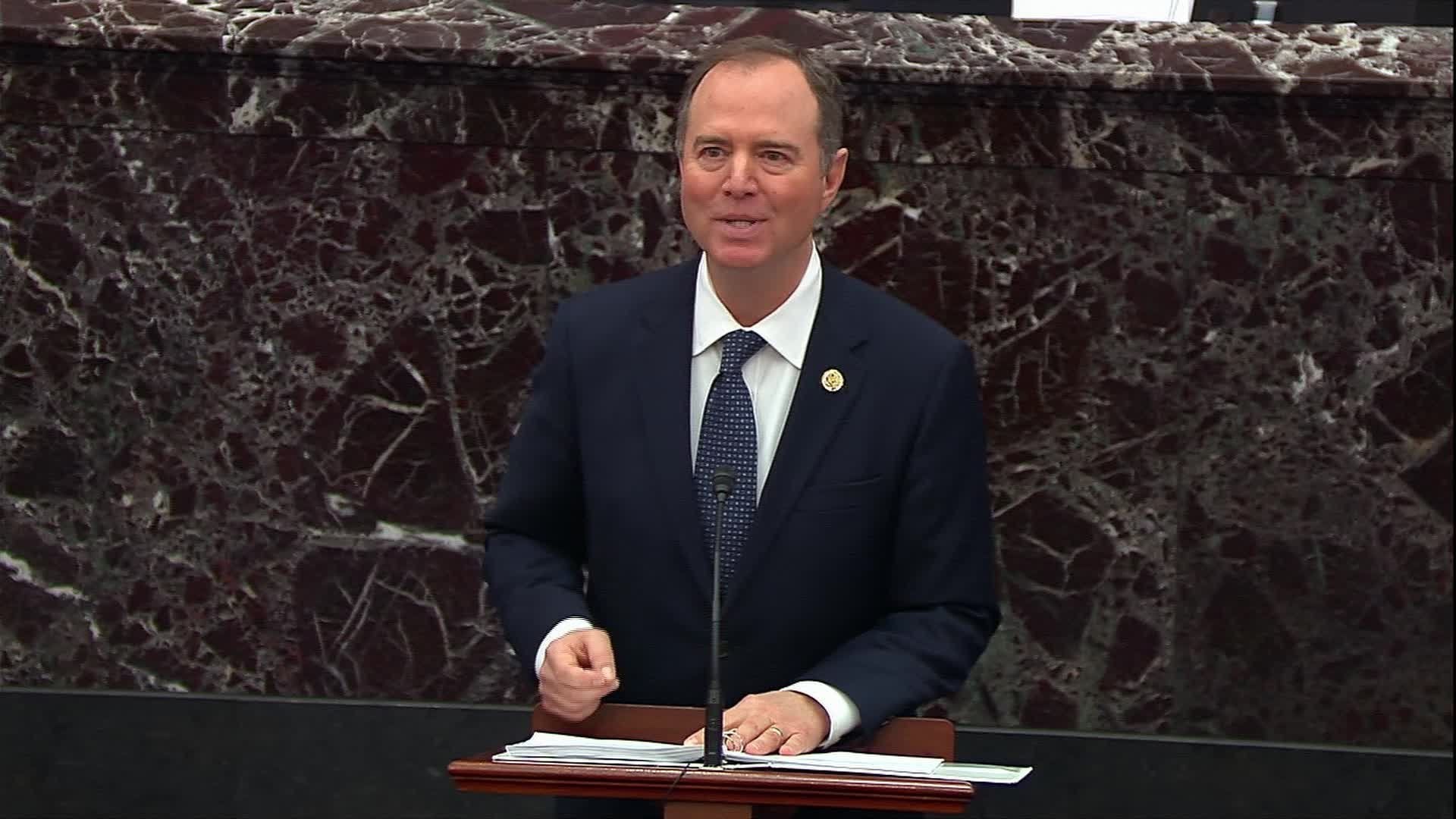 The House Judiciary Committee is debating two bills that have little chance of becoming law but mark Democrats’ efforts to push back on what they charge is Trump’s corrupt use of his pardon power for Stone.

One of the bills, authored by House Intelligence Chairman Adam Schiff, a California Democrat, would make it a crime for pardons to be issued in return for something of value, as a violation of bribery statutes. Schiff’s bill would also require evidence be turned over to Congress if a president uses pardon powers in cases involving the president or a president’s family, or in cases of obstruction of Congress.

The second bill, from House Judiciary Chairman Jerry Nadler, a Democrat from New York, would suspend the statute of limitation on federal offenses for a sitting president — a response to the Justice Department’s legal opinion that a sitting president cannot be indicted.

Democrats also plan to offer an amendment to Schiff’s bill from Rep. Jamie Raskin of Maryland, which states presidents do not have the ability to issue self-pardons.

“We’ve never had a president attempt to pardon himself, and no president has ever come close to that point, but with Donald Trump all things are possible, and we want to make it completely clear that our understanding of the Constitution is that it does not include the possibility of the President pardoning himself,” Raskin said in an interview.

Of course, both bills have virtually zero chance of passing in the Republican-led Senate, and even less chance of Trump signing them into law. And the measures would surely face legal challenges under the argument that Congress doesn’t have the authority to curtail the President’s constitutional pardon powers.

Nevertheless, the legislation is being debated Thursday by the Judiciary Committee in response to Trump’s commutation of Stone, who was convicted of seven charges — including lying to Congress and witness tampering — as part of former special counsel Robert Mueller’s Russia investigation. Democrats decried Stone’s clemency as an abuse of power, and House Speaker Nancy Pelosi vowed to respond with legislation, saying Congress would “take action to prevent this type of brazen wrongdoing.”

“People should know, this isn’t just about lying to congress. That means lying to the American people, witness tampering and the rest, it’s about our national security,” Pelosi said on CNN’s “State of the Union” earlier this month.

Trump has argued that Stone’s prosecution was politically motivated. He tweeted after issuing the commutation that Stone was “targeted by an illegal Witch Hunt that never should have taken place.”

House Republican leaders have backed up Trump’s decision, and Republicans are expected to offer amendments Thursday pushing back on the Democrats’ legislation.

“I think the President did the right thing, and he has the right to do it,” House Minority Leader Kevin McCarthy, a California Republican, told reporters last week.

Last year, Schiff introduced his legislation requiring that evidence be turned over to Congress in pardons where the case involved a president or family members. Since the Stone commutation, he worked with the House Judiciary Committee to update the bill that also would make pardons in exchange for something of value a violation of bribery statutes.

“The President has the constitutional authority to confer pardons and commutations, but that power is not unlimited, and was provided to remedy injustices, not to cover up for a president or shield him from potential criminal liability,” Schiff said in a statement.

In addition to Stone’s commutation, Nadler’s bill targets long-simmering frustration Democrats have expressed over the Mueller report and other federal investigations involving the President: that the special counsel never considered charging Trump for obstruction of justice because of the Justice Department’s Office of Legal Counsel opinion that sitting presidents cannot be indicted.

Raskin’s amendment would codify an Office of Legal Counsel opinion from 1974, issued days before President Richard Nixon’s resignation, which states: “Under the fundamental rule that no one may be a judge in his own case, the President cannot pardon himself.”

Trump has argued differently. “As has been stated by numerous legal scholars, I have the absolute right to PARDON myself, but why would I do that when I have done nothing wrong?” Trump tweeted in June 2018, while the Mueller investigation was still ongoing.