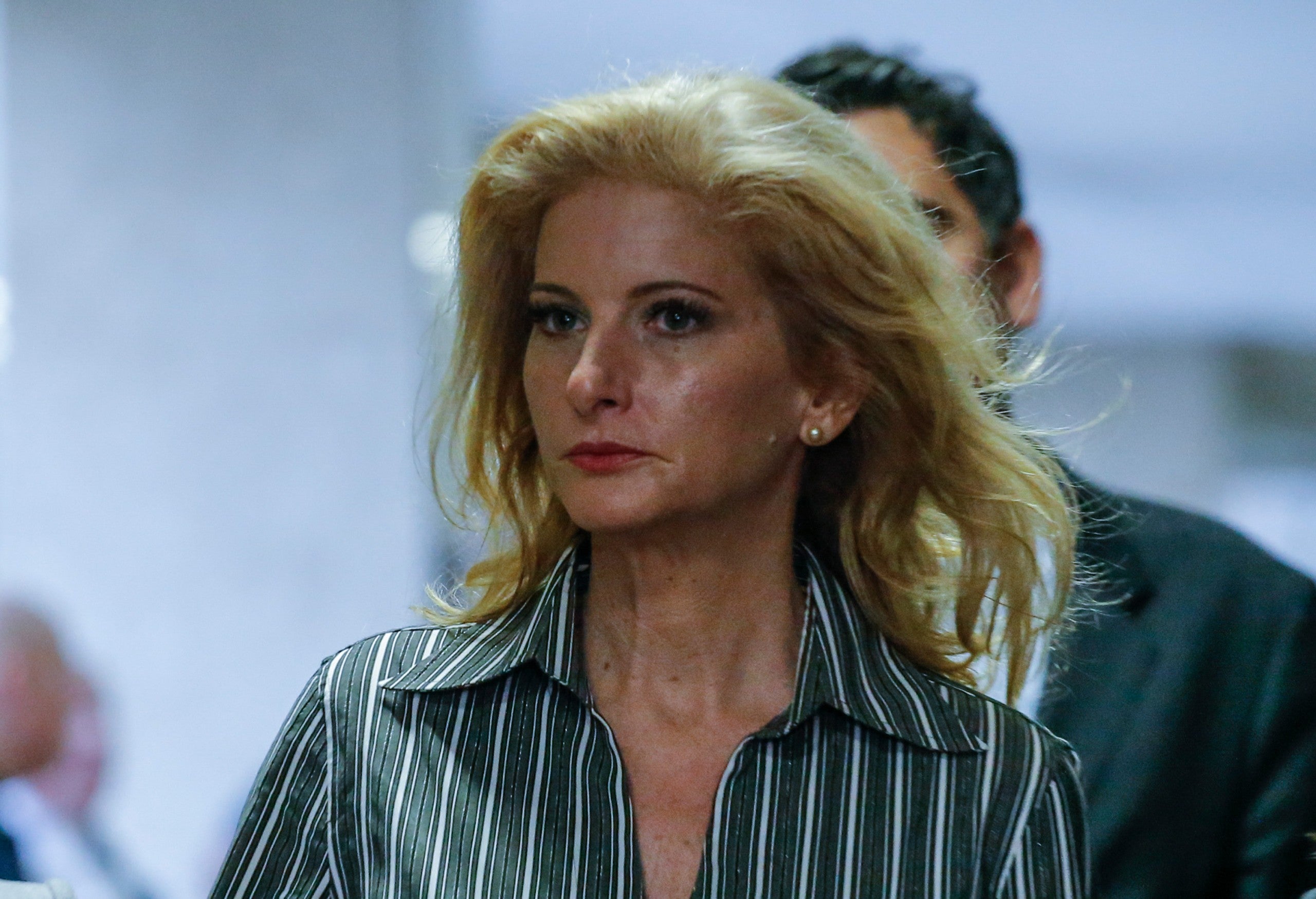 Summer Zervos, a former contestant on "The Apprentice" arrives with lawyer Gloria Allred at the New York County Criminal Court on December 5, 2017, in New York. Zervos is accusing former presidential candidate Donald Trump of sexually harassing her during her stint on "The Apprentice" in 2007. / AFP PHOTO / KENA BETANCUR (Photo credit should read KENA BETANCUR/AFP via Getty Images via CNN)
by: Kara Scannell, CNN
Posted: Mar 31, 2021 / 06:13 AM EST / Updated: Mar 31, 2021 / 06:13 AM EST

(CNN) — A New York appeals court on Tuesday paved the way for a defamation lawsuit against former President Donald Trump to move forward.

In a one-sentence order, the appeals court granted the request form Summer Zervos, a former contestant on “The Apprentice,” to dismiss Trump’s appeal now that he is no longer in office.

The lawsuit is one of several legal issues facing the former president now that he’s left the White House. He is facing multiple criminal investigations, civil state inquiries and defamation lawsuits by two women accusing him of sexual assault.

Zervos sued Trump for defamation after he denied her allegations that he sexually assaulted her in 2007. The case had been delayed over questions of whether the US constitution bars a state court from exercising jurisdiction over the president while he or she is in office.

The case, which has been on hold since January 2020, will now proceed before the trial court. Zervos is seeking to depose Trump as part of her lawsuit.

Zervos has alleged that Trump kissed her twice on the lips during a lunch meeting in his New York City office, and on a separate occasion in Beverly Hills, she alleges he kissed her aggressively and touched her breast.

Trump has denied the allegations.

In a statement, Zervos’ attorney said, “Now a private citizen, the defendant has no further excuse to delay justice for Ms. Zervos, and we are eager to get back to the trial court and prove her claims.”

The Trump Organization, which didn’t oppose the motion by Zervos, did not immediately respond for comment.