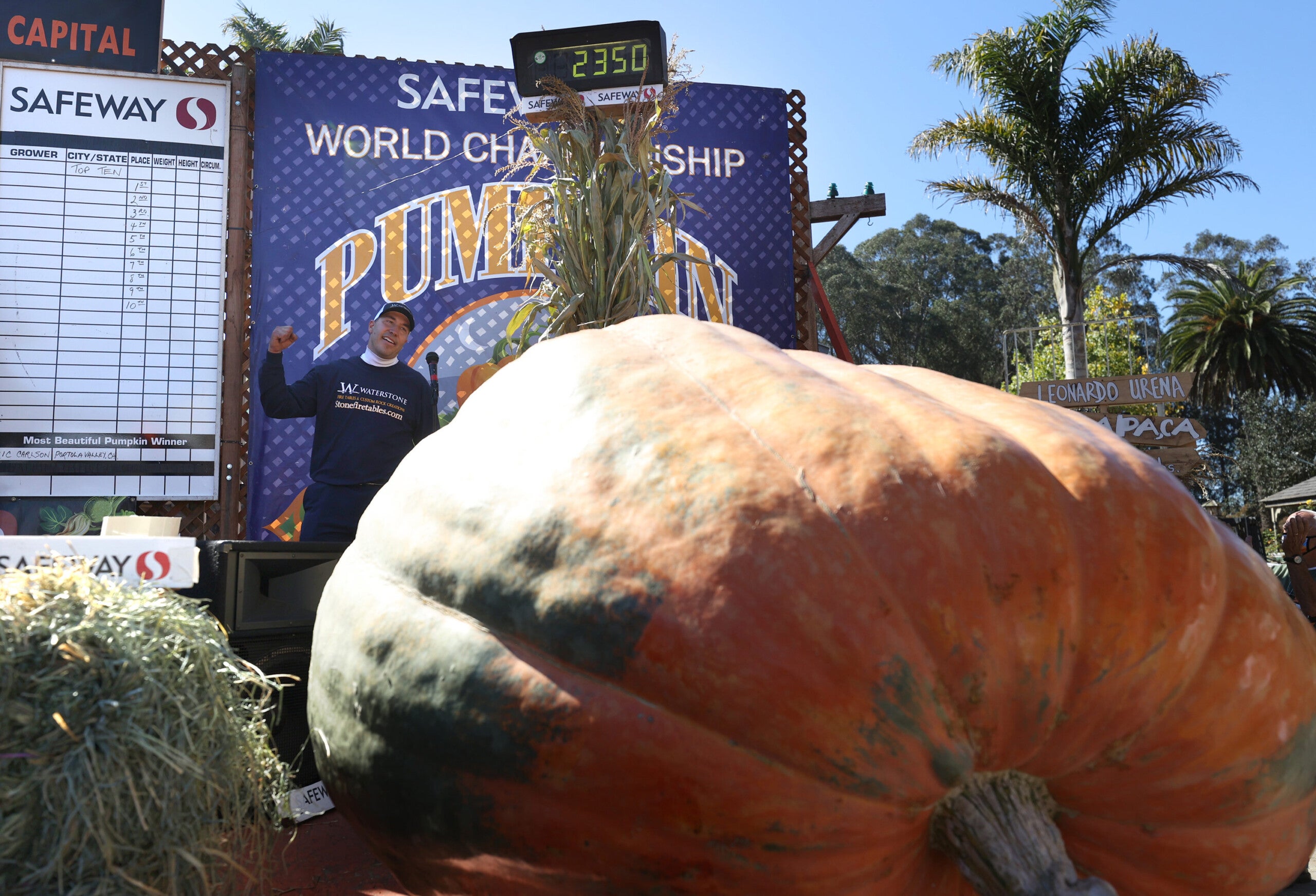 Travis Gienger won first prize in the 47th annual Safeway World Championship Pumpkin Weigh-Off in Half Moon, California, on Monday for his 2,350-pound pumpkin, according to contest officials.

The contest congratulated Gienger in a social media post giving him the title of the 2020 Pumpkin King of Half Moon Bay.

According to contest officials, the massive gourd made a record as the heaviest grown pumpkin to be weighed in North America this year.

Gienger named his winning pumpkin after the popular Netflix series “Tiger King” when he noticed it might have striped coloring.

“It was kind of funny deciding the name for this little, little pumpkin at the time,” he said. “I noticed that it might be orange with white stripes and my brother goes, ‘Oh it’s 2020. We should name him Tiger King.’ And I thought that’s great!”

The name was popular at the competition with many cheering The Tiger King onward to victory.

Gienger says he took extreme measures to keep the giant pumpkin intact while transporting it on a 35-hour drive from Minnesota to Half Moon Bay, including building a special palette for his trailer, wrapping the pumpkin in blankets and pool noodles to keep it from getting scratched, and throwing dirt in the back to keep the vines watered so it wouldn’t lose as much weight.

“People were wondering what we were hauling when we stopped at the gas station and we had to throw buckets of water on it. It was kind of funny,” he said.

On each Columbus Day since 1974, growers gather in Half Moon Bay from around the country to compete for the title and cash prize in the pumpkin weigh-off, according to the contest website.

He had been working all season toward the competition, so the winning moment was “quite a joy,” he said. He is undecided on whether he will reenter the contest next year to beat his new record.