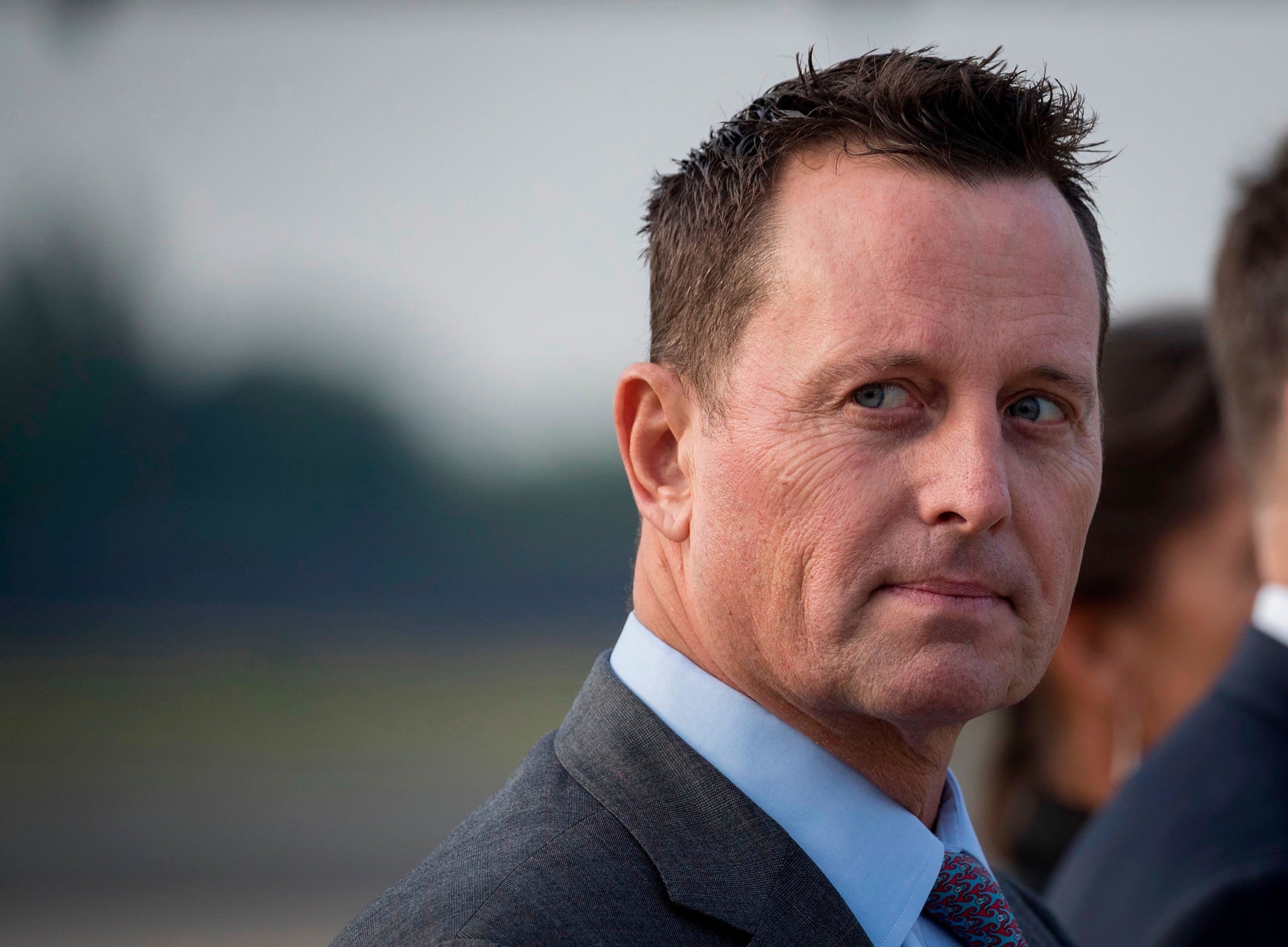 US ambassador to Germany Richard Grenell awaits the arrival of US Secretary of State Mike Pompeo (not in frame) at Tegel airport in Berlin on May 31, 2019. - The US top diplomat is on a European tour that will take him to Germany, Switzerland, The Netherlands and Britain. (Photo by Odd ANDERSEN / AFP) (Photo credit should read ODD ANDERSEN/AFP via Getty Images via CNN)
by: Kylie Atwood and Zachary Cohen, CNN
Posted: May 25, 2020 / 10:43 AM EST / Updated: May 25, 2020 / 10:43 AM EST

(CNN) — Richard Grenell, who this week will leave his position as acting director of national intelligence, acknowledged on social media he will also step down from his other job as US Ambassador to Germany.

The decision to resign his ambassadorship had been expected.

Grenell on Sunday replied with notes of thank you to several supporters who tweeted messages referencing the news he will not stay on as ambassador and expressing appreciation to him.

The German publication Die Welt first reported the news he would not continue as ambassador.

The State Department did not return a message seeking comment.

Last week, Grenell traveled back to Germany for a short visit as his successor in the intelligence position, John Ratcliffe, was confirmed by the Senate, three sources familiar with his trip told CNN.

When President Donald Trump tapped Grenell as the acting intelligence director in February, he continued in his role as the ambassador to Germany. Grenell became the Trump administration’s highest ranking gay official when he was sworn in as ambassador in February 2018.

His colleagues in Berlin last week asked if he would be coming back. He responded something along the lines of “you will know soon enough,” a State Department official told CNN.

CNN has reported that while his final decision was not known, colleagues in Washington were skeptical that Grenell would return to his ambassadorship, because they thought he would seek a more prominent position, two sources familiar with his thinking told CNN.

Grenell is expected to return to Washington in time to attend Ratcliffe’s swearing in as the intelligence director on Tuesday, two sources familiar with his schedule said.