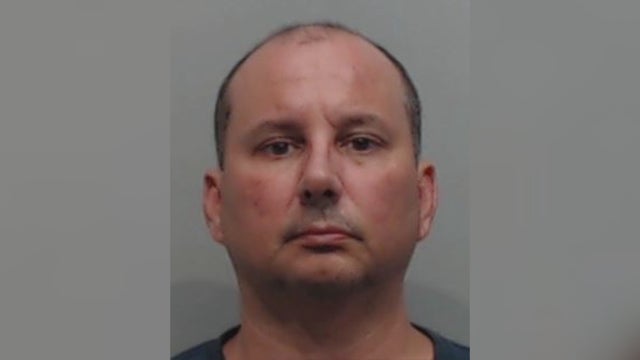 KYLE, Texas (KXAN) — An Austin police sergeant is facing charges of animal cruelty and child endangerment after a neighbor caught him beating his dog in his backyard, according to an arrest affidavit.

City of Austin employee records shows 47-year-old Christopher Vetrano has been with the police department since 2002.

Investigators say Vetrano has attacked his dog on more than one occasion. A neighbor next door caught him on video in May and turned the video over to Kyle police. The neighbor told officers she saw a similar situation a few months earlier but didn’t get it on camera.

A police officer described what happened in the videos in court documents: “Vetrano is holding what appears [to be] a long red stick with black handle similar to a broom or rake. Vetrano is heard yelling at the dog, ‘bite me, bite me!'”

Police say Vetrano continues to yell at the dog saying he will kill the dog and threatening to have it put down. The video captures Vetrano hitting the dog with the red broom at least six times before the neighbor steps in and asks what he was doing.

In June, Vetrano agreed to a voluntary interview with police with his attorney present. Vetrano told police he was disciplining the dog because it digs in the yard.

After being made aware of the incident, Kyle Animal Control required the dog, a 7-year-old female Australian Kelpie, to have a health evaluation, which was done 11 days after the alleged beating.

According to medical records obtained from the Kyle Animal Hospital, the veterinarian was unable to localize a specific area of pain and reported the dog was nervous, had a stiff hind limb gait and overall tense abdomen. The veterinarian says the dog reported no signs of aggression.

In the video, police say they can also see a child watching Vetrano beat the dog.

According to court documents, Child Protective Services was notified due to the verbal and emotional abuse witnessed on video by Vetrano’s child. A canine aggression and behavior specialist told police using a broom is not an appropriate way to discipline a canine.

When News 8’s sister station KXAN knocked on Vetrano’s door, a woman who answered at the home said she had no comment.

The Austin Police Department said Vetrano is still employed with the department, but was placed on restricted duty on June 15.

Vetrano was booked into the Hays County Jail on Friday, July 27 and released the following day on a $30,000 bond.