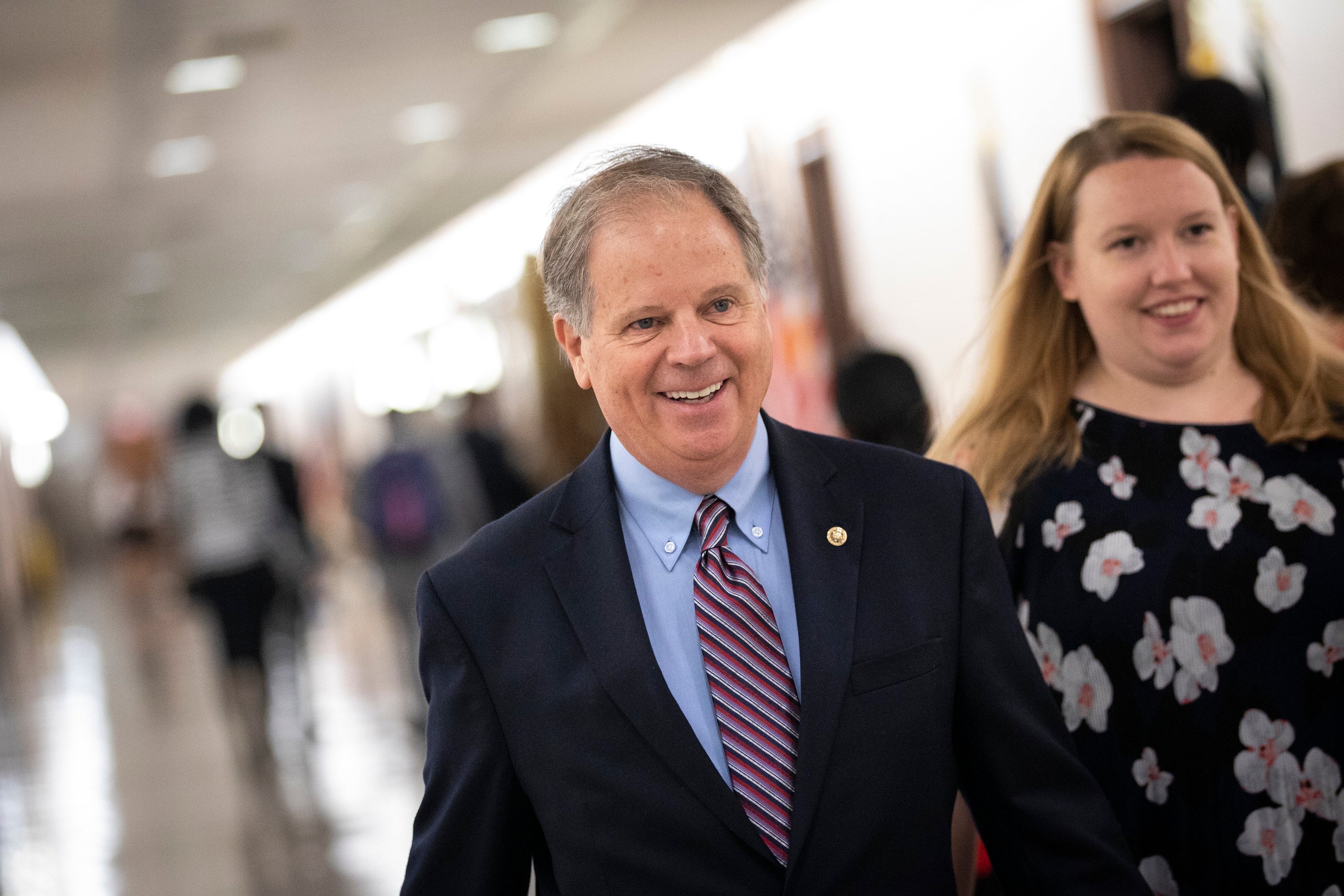 WASHINGTON (AP) — Alabama Sen. Doug Jones, the most endangered Democrat in this November’s elections, said Wednesday that he will vote to convict President Donald Trump when the Senate impeachment trial reaches its climax.

Jones’ announcement was significant for Democrats, who are hoping their party will present a united front by unanimously voting to remove Trump from office in Wednesday’s final votes. That would deny Trump and his GOP allies a campaign season talking point that the Senate’s virtually certain acquittal of Trump was bipartisan.

Sens. Joe Manchin of West Virginia and Kyrsten Sinema of Arizona are among other Democrats being closely watched for their votes later Wednesday.

It would take 67 votes in the Republican-dominated Senate — two-thirds of senators — to remove Trump. No Republicans have indicated so far that they will vote to convict.

Jones faces reelection this fall from a heavily Republican state that Trump carried by 28 percentage points in 2016. In an upset, he narrowly won a special election for a vacant seat in 2017 against Republican nominee Roy Moore, who’d been accused of sexual misconduct with teenagers when he was in his thirties.

Many people didn’t rule out that the former federal prosecutor might decide to acquit Trump on at least one of the two counts.

Jones, who will need to win support from independents and some Republicans to win reelection this fall, lashed out at Washington’s growing partisanship.

“I fear that moral courage, country before party, is a rare commodity these days,” said Jones. He said that quality is “harder to put into action when political careers may be on the line.”

Jones said the impeachment article accusing Trump of obstructing Congress’ investigation of his behavior gave him the most trouble. He said Wednesday that while he wished House investigators had pushed harder for more documents and witnesses, “I believe the president deliberately and unconstitutionally obstructed Congress by refusing to cooperate with the investigation in any way.”

He said he believes “the evidence clearly proves” that Trump was guilty of the first count of abusing his power.

“His actions were more than simply inappropriate. They were an abuse of power,” Jones said.