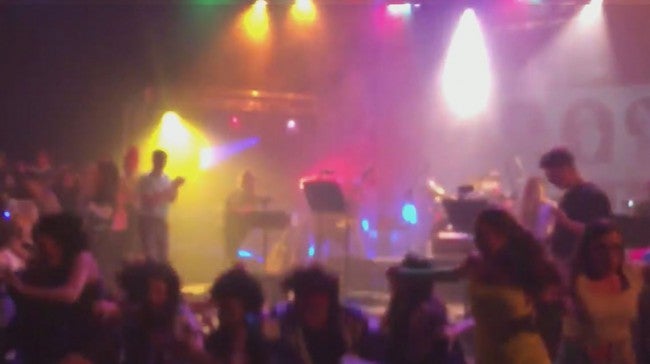 WESTFIELD, Ind. (WISH) – Officials in Westfield said on Tuesday that no criminal charges will be filed in the high school stage collapse last month that injured more than a dozen students.

Westfield Police Department Capt. Charles E. Hollowell said the investigation revealed the collapse was the result of a failed pit lid that was designed by a school employee and students in January 2015. The original cover was removed to accommodate a production that needed an orchestra pit. Officials said the up-stage header was not securely anchored to the primary structure. They said it was only attached to a non-structural trim piece and there was no structure support installed.

Hollowell said while the result of stage construction was “catastrophic” it was not criminal, and therefore no criminal charges will be filed by the Hamilton County Prosecutor’s Office.

Andre Miksha, chief deputy prosecutor, explained in more detail in a document released to the media. It said, in part:

“In some circumstances, recklessness can give rise to criminal culpability. … Here, the harm that could result from a catastrophic failure of the stage is quite severe. However, given the planning and construction steps taken throughout the process of building the stage, it is doubtful that the state could prove that those constructing the stage did so in plain and conscious disregard. While the disregard did involve deviation from acceptable standards of conduct, the burden to show that the deviation was substantial will be too tall a task for the evidence in this case.

Westfield police also released 911 calls from the night of the collapse. You can listen to those below:

“Most of the why questions we can’t answer. We know the what happened, but why it happened,” said Dr. Mark Keen, Westfield Washington Schools. “Until we interview the people we won’t be able to really answer those questions.”

Keen noted that four things must immediately happen. Officials have already contacted the manufacturer of the stage to ensure it can be installed back to a usable way. Officials say they’re going to ask them to review the installation procedures. Moving forward, any time the stage is used, a facility request sheet must be filled out and an administrator must sign off on it. Finally, there must be a regular inspection of the stage.

“Once we complete a thorough investigation, we will take whatever appropriate course of action,” said Dr. Keen.

Seventeen students were injured in the incident at Westfield High School at the end of April. Students were performing the musical “American Pie” on the school auditorium stage when the orchestra pit collapsed under them. Keen said 16 of the 17 students have since returned to school.

Blankie Mancia’s daughter Catherine Cortez was on stage when it collapsed.

“For me to see her falling like that it was really, really scary. I would say all the parents were,” said Mancia.

Mancia agrees with the prosecutor’s decision to not file charges.

“You never know what’s going to happen during those shows,” said Mancia.

The school district will take necessary action after its own investigation, Keen said.

Keen also said as weeks go on, they won’t let this incident be forgotten.

“We want to make sure that this never happens again,” he said.

The auditorium is still off limits to the public, officials said since it was built in 1997, there have been 2,800 events on the stage and this was the first incident like this.