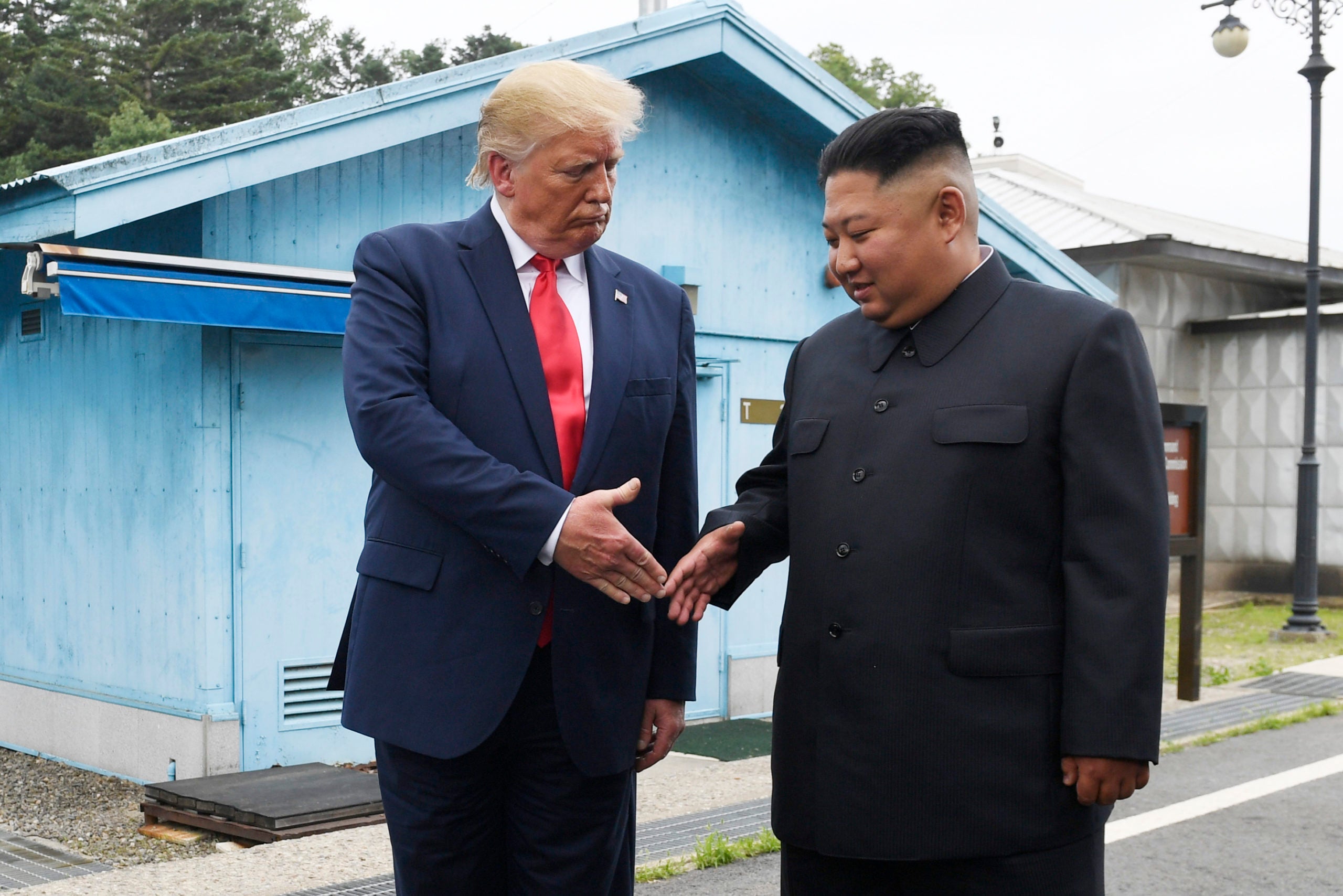 A senior North Korean official, former nuclear negotiator Kim Yong Chol, said in a statement that his country wouldn’t cave in to U.S. pressure because it has nothing to lose and accused the Trump administration of attempting to buy time ahead of an end-of-year deadline set by Kim Jong Un for Washington to salvage nuclear talks.

On Sunday, Trump tweeted: “Kim Jong Un is too smart and has far too much to lose, everything actually, if he acts in a hostile way … North Korea, under the leadership of Kim Jong Un, has tremendous economic potential, but it must denuclearize as promised.”

He was referring to a vague statement issued by the two leaders during their first summit in Singapore in June last year that called for a nuclear-free Korean Peninsula without describing when or how it would occur.

Trump added that Kim “does not want to void his special relationship with the President of the United States or interfere with the U.S. Presidential Election in November.”

“As (Trump) is such a heedless and erratic old man, the time when we cannot but call him a ‘dotard’ again may come,” Kim Yong Chol said.

“Trump has too many things that he does not know about (North Korea). We have nothing more to lose. Though the U.S. may take away anything more from us, it can never remove the strong sense of self-respect, might and resentment against the U.S. from us.”

Kim Yong Chol traveled to Washington and met with the U.S. president twice last year while setting up the summits with Kim Jong Un.

Nuclear negotiations faltered after a February meeting between Trump and Kim in Vietnam broke down when the U.S. side rejected North Korean demands for broad sanctions relief in exchange for a partial surrender of its nuclear capabilities.

Kim has said North Korea will seek a “new way” if the U.S. maintains its sanctions and pressure, and issued the deadline for the Trump administration to offer mutually acceptable terms for a deal.

Trump and Kim met for a third time in June at the border between the two Koreas and agreed to resume talks. But an October working-level meeting in Sweden broke down over what the North Koreans described as the Americans’ “old stance and attitude.”

In 2017, Trump and Kim traded threats of destruction as North Korea carried out a slew of high-profile weapons tests aimed at acquiring an ability to launch nuclear strikes on the U.S. mainland. Trump said he would rain “fire and fury” on North Korea and derided Kim as “little rocket man,” while Kim questioned Trump’s sanity and said he would “tame the mentally deranged U.S. dotard with fire.”

The two leaders avoided such words and developed better relations after North Korea entered nuclear negotiations with the U.S. last year. Trump even said he and Kim “fell in love,” but his comments on Kim have become sharper in recent weeks amid the standoff in nuclear negotiations.

North Korea in recent weeks has said it is unwilling to continue rewarding Trump with meetings and summits he could chalk up as foreign policy wins unless it gets something substantial in return. The North’s stance has raised doubts about whether Kim will ever voluntarily give away a nuclear arsenal he may see as his biggest guarantee of survival.

On Sunday, North Korea’s Academy of National Defense said a “very important test” was conducted at a long-range rocket facility on the country’s western coast, touching off speculation that the North could have tested a new rocket engine for either a satellite-launch vehicle or a solid-fuel intercontinental-range missile.