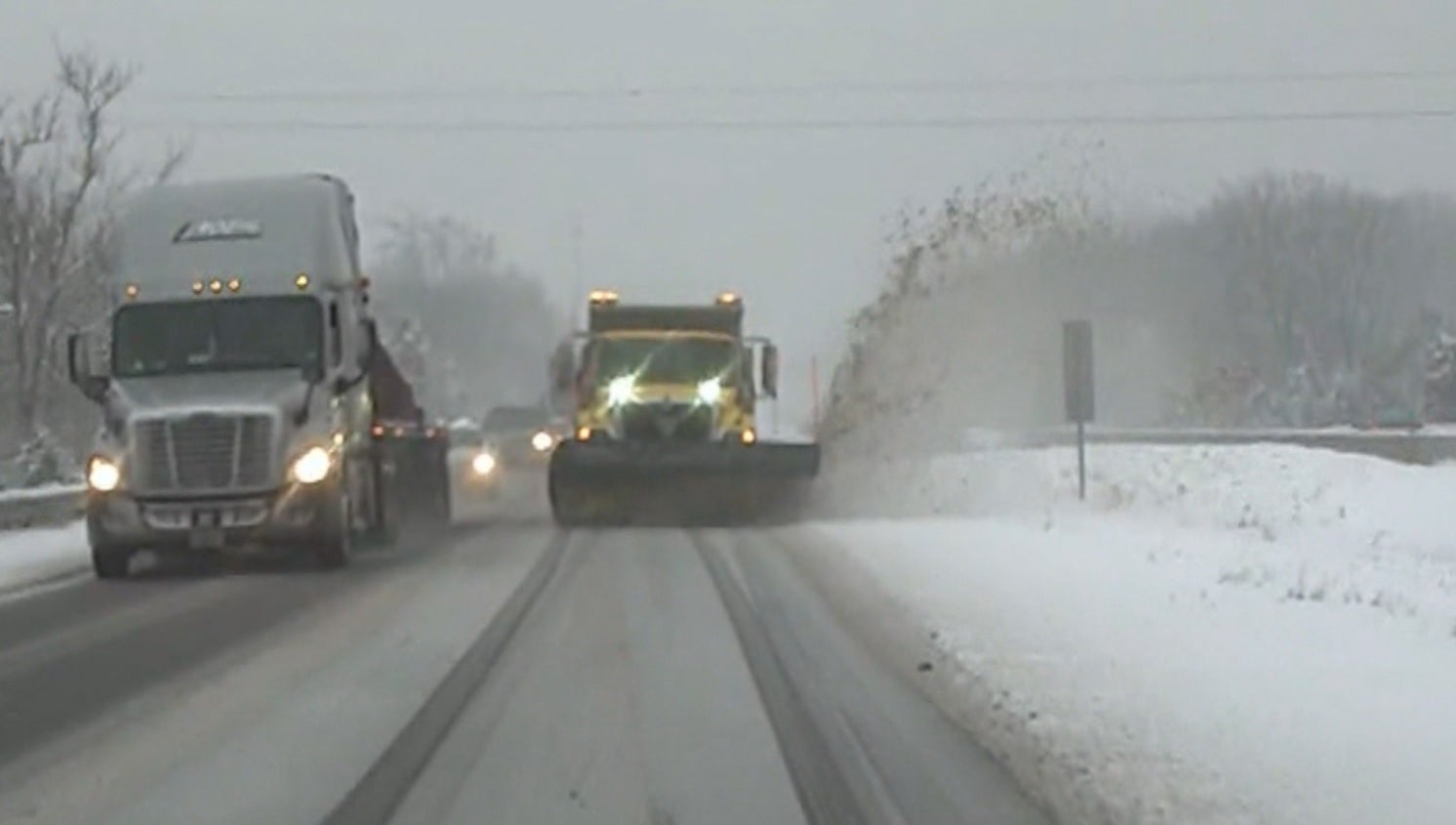 INDIANAPOLIS (WISH) — In a 12-hour period Indiana State Police reported more than 100 crashes due to Sunday night’s snow. With the timing of Monday’s system, they worry numbers may be much worse.

It was a rough evening for drivers and road crews on the interstates on Sunday.

“I was sliding around. Someone came up behind me almost rear-ended me trying to pass me because I was going a little under the speed limit, as they tried to pass me they completely spun out,” says driver Cameron Walls.

Even more snow is making it’s way into Central Indiana on Monday just in time for rush hour.

“You know when snow is hitting anytime at rush hour it is treacherous but we are talking Monday afternoon rush hour while we are still trying to clean up what we got last night,” says Indiana State Police Sergeant John Perrine.

INDOT is planning to continue its full call out of 55 drivers in Central Indiana making it nearly 48 hours straight of trucks on the roadway.
Indiana State Police say most of the crashes they have seen during this weather event might have been able to be avoided if drivers slowed down.

“Most of the crashes that we see are when something happens in front of them and they try to stop or try to change lanes, they lose control, then they hit the wall or hit another car,” says Perrine.

INDOT says that the break in weather has been helpful as they work to pre-treat the roads ahead of Monday’s rush hour.

“The good thing is that we have had a couple hours between snow so we had enough time to clear the roads,” says Mallory Duncan with INDOT.

“Not only are you dealing with the hazardous roadways, but the limited visibility. When the snow is falling that fast it is really hard to see,” says Perrine.

Drivers say they are prepared for the worst, “the afternoon commute home is going to be rough from downtown really rough,” says Madison Hensley.

Drivers on the interstate are encouraged to slow down, use your lights, and try to drive along the tracks already marked in the road. INDOT says that is the safest place during weather like this.

INDOT drivers reported people trying to speed past them while they were plowing the roads, officials say that is extremely dangerous and that you should give snow plows at least 100 feet when passing in poor weather conditions.