Police: Man tried to meet underage boys on Instagram, pay them for sex 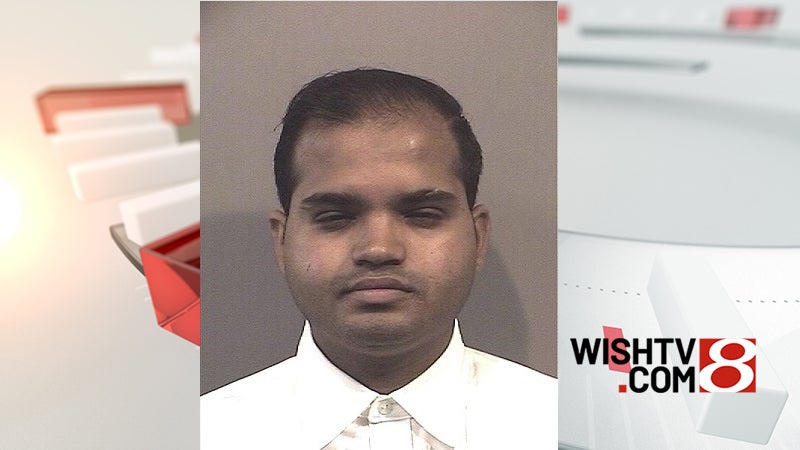 FRANKLIN, Ind. (WISH) — Police in this Johnson County city arrested a man they say was soliciting teenage boys for prostitution.

Authorities set up an undercover operation and on Thursday busted him. All of the victims were students at Whiteland High School; however, the suspect is from Franklin.

It started on Instagram. Police said 27-year old Mihir Patel messaged two 16-year-olds and a 15-year old. None of them knew Patel. Two of the teens said the messages were civil with “nothing incriminating,” according to a probable cause affidavit. But, the third teen told police that Patel was offering sexual acts to juveniles for money.

One of the students told a teacher.

“I think our school does … is really good about making sure we have sources and places we can go with kind of crazy stuff that’s like that,” said Victoria Petriskey, who is a Whiteland High School student.

With one teen’s permission, investigators took over his phone. They pretended to be the teen and messaged Patel, court documents said. In one exchange, Patel allegedly texted “Looking for fun,” followed by “100 cash.” He then explained the sexual favors he desired.

In another exchange, Patel allegedly texted “I kiss on chest stuff like that” and “You make good cash.”

“We were able to catch him in time to where he was unable to get in contact with any juveniles physically,” Franklin Police Detective Jeff Merritt said.

Acting as the teen, police set up a meeting spot, Canary Creek Cinemas, off U.S. 31 north of State Road 144 in Franklin. Police recorded the entire operation. Police said they are not releasing the video at this time. Detectives said Patel agreed to pay the teen $100 in exchange for sexual favors. When Patel showed up at the theater, officers were there instead of the teen.

“He actually met with us. He revealed himself as the person behind the Instagram account,” Merritt said.

Students were grateful that their classmates did not ignore the situation.

“I’m glad that they got police and adults involved that could take care of the students,” student Petriskey said.

Officers arrested Patel. Police handed the case over to the Johnson County Prosecutor’s Office to review for formal criminal charges.

Patel is known in Franklin. Patel works at the Subway sandwich shop and Marathon gas station near I-65, police said. Merritt also said Patel has had previous run-ins with the law.

“In 2015, he was actually arrested for something similar to this, soliciting prostitution. It’s a very similar case that we’re seeing here this past week,” Merritt said.

But, prosecutors dismissed that soliciting charge after Merritt agreed to a diversion program.

Authorities in 2015 said Patel was a substitute teacher.